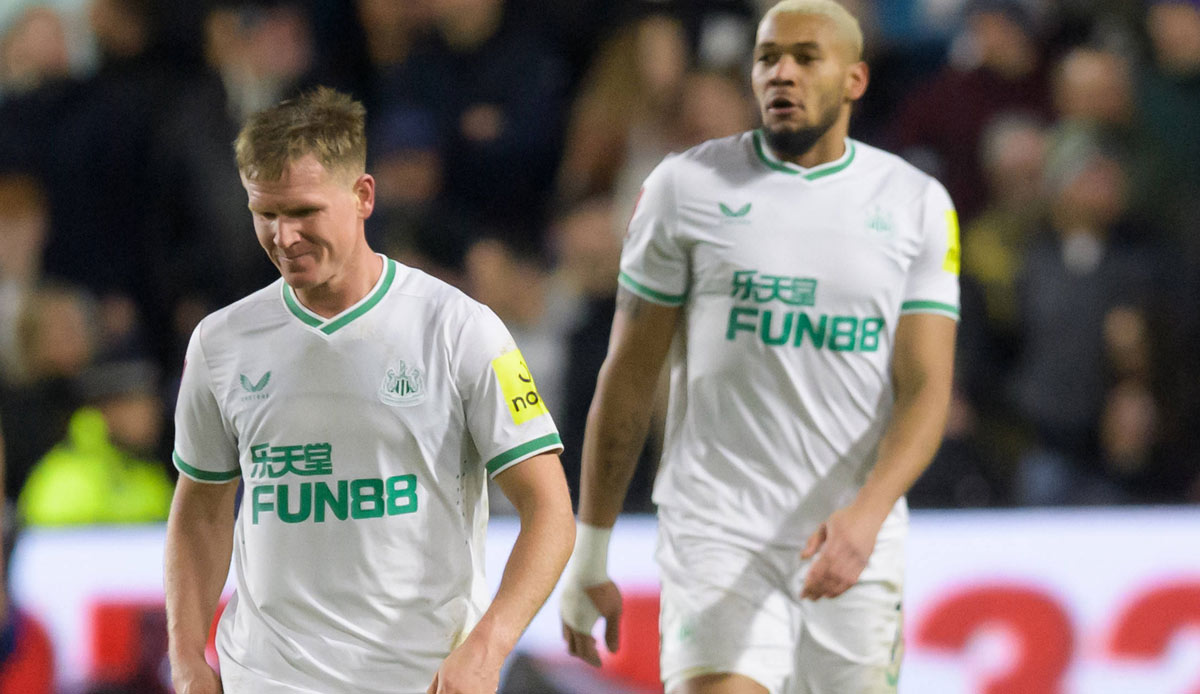 Huge surprise in the FA Cup: Newcastle United were eliminated in the third round of the traditional English cup competition.

In the 1: 2 (0: 0) against the third division team Sheffield Wednesday, the third party in the Premier League embarrassed himself to the bone on Saturday.

Midfielder Josh Windass scored twice for the underdog (52′, 65′), Bruno Guimaraes’ goal (69′) was not enough for United. Newcastle, reinforced with transfers worth millions after being taken over by Saudi investors, had previously gone 15 competitive games in a row.