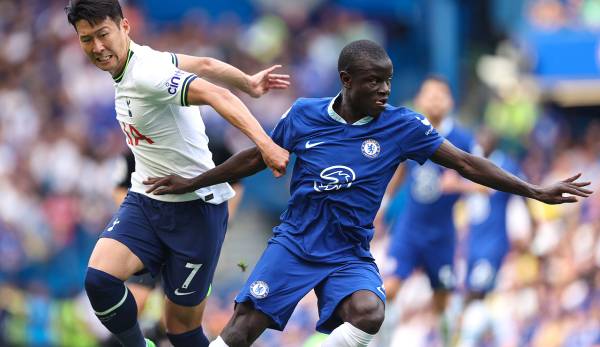 Chelsea FC is currently experiencing a major upheaval. First the club was sold to Todd Boehly, then coach Thomas Tuchel was replaced by Graham Potter and N’Golo Kanté’s free transfer threatens. SPOX and GOAL answer the most important questions about the possible change of midfielder.

In May 2022, Todd Boehly’s American consortium took over Chelsea from Russian oligarch Roman Abramovich. After just seven games and a mixed start to the season, Boehly made his first far-reaching decision: he kicked out coach Thomas Tuchel. Graham Potter took over the post.

But the upheaval does not end with this personnel, because midfield star N’Golo Kanté has probably rejected the latest contract offer from the Blues and threatens to leave for free in the summer of 2023. What are Kanté’s motivations? How likely is a farewell? Where could he go?

N’Golo Kante and Chelsea FC: what’s the situation like?

The negotiations for Kanté’s contract began in 2021, at that time still under the leadership of Abramovich. Chelsea offered Kanté a three-year contract extension with an option for a fourth season. But the sanctions against Abramovich and the takeover of Boehly did not leave Chelsea unaffected economically and so the negotiations were adjourned.

Long internal discussions reportedly revealed that the club was no longer prepared to issue such a long working paper. Kanté’s susceptibility to injury also plays an important role.

In London, of course, they know that when Kanté is fit, he’s one of the best in his field. However, this is currently becoming less and less the case. The 2018 world champion has been suffering from a muscle injury since the second matchday. He has been missing the Blues for a full 18 weeks since 2021.

The midfielder’s contract runs until the summer of 2023. So time is running out – and there is a crucial sticking point with the new offer.

How Chelsea made over €1.3 billion from player transfers

The new contract offer is said to have a term of two years with the option of one more, i.e. one year less than in 2021. Too short for Kanté, who would like to commit to a long-term commitment and is even said to be flirting with the end of his career with the Blues.

Especially since Kanté saw from his new teammate Kalidou Koulibaly that the club is quite willing to provide players over 30 with a “pension contract”. The 31-year-old central defender came to the English metropolis from Naples in the summer and was able to look forward to a contract until 2026 with an option for another year.

If the contract were fully exhausted, Koulibaly would be 36 years old. So it’s not surprising that Kanté hesitates. Especially since he has already done a lot – for example in the Champions League triumph in 2021 – for the club. He is also held in high esteem by Chelsea supporters.

N’Golo Kanté: How likely is his departure?

It is not yet possible to make a well-founded forecast of how likely Kanté’s departure will be. However, the possibility that the contracting parties will not agree on a solution in the end is not only due to Kanté’s medical file.

If the new Potter system proves itself without Kanté, Chelsea would have no reason to improve the current offer from a sporting point of view. Tuchel’s successor has numerous options for the control panel.

First and foremost there are Mateo Kovacic, Jorginho and Mason Mount. There are two other promising players in the roster in Conor Gallagher and Carney Chukwuemeka. There is also Denis Zakaria, on loan from Juventus Turin, for whom a purchase option has been secured.

After a game under Potter (1-1 against RB Salzburg), it’s still too early to draw any conclusions. However, if the sporting descent continues and only changes when Kanté returns, Chelsea would probably not be able to avoid responding to his demands.

And then there would probably be nothing to prevent Kanté from agreeing. He feels too comfortable with the blues for that – and his character doesn’t exactly suggest that he holds grudges.

Chelsea FC: The next five games