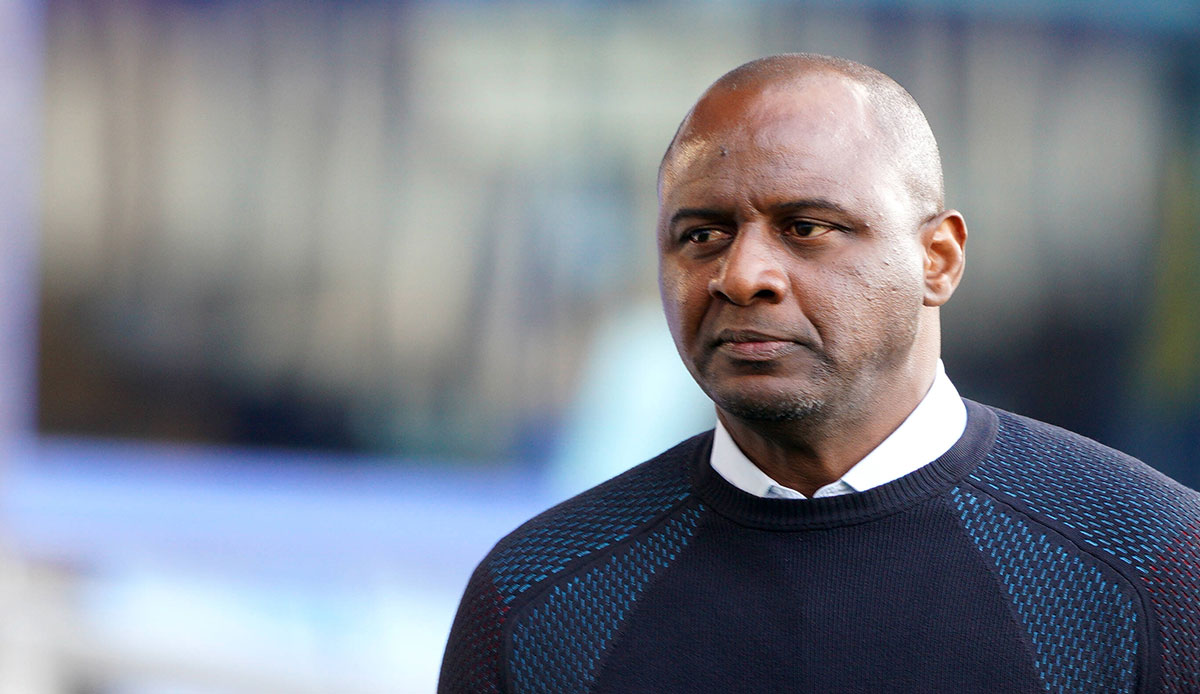 Crystal Palace coach Patrick Vieira stepped in after the Everton fans stormed the pitch. The Frenchman himself does not want to comment on this.

Crystal Palace manager Patrick Vieira caused an uproar on Thursday night when he kicked an Everton supporter. This provoked him during a space storm of the Toffees fans in Goodison Park, among other things, with the middle finger, until the ex-professional lost his nerve and kicked. Vieira then declined to comment on the incident.

“I have nothing to say about that,” Viera said at the post-match press conference when asked about the events. His team lost a 2-0 lead and lost 2-3. The result secured Everton relegation and caused ecstasy among the hosts’ fans

Lampard: “Not an easy situation” for Vieira

Everton’s team manager Frank Lampard said of the scene: “I didn’t catch him (Vieira, ed.) in the end. I would have said: ‘Come in with us’ – although he might not have wanted to.” It was “not an easy situation,” said Lampard.

In principle, however, Lampard had no problem with the pitch storm: “It was the pure joy of the fans who came onto the pitch after the relegation battle. If it’s done right, let them stay on the pitch, let them have their moment. As long as they behave yourself, no problem.”