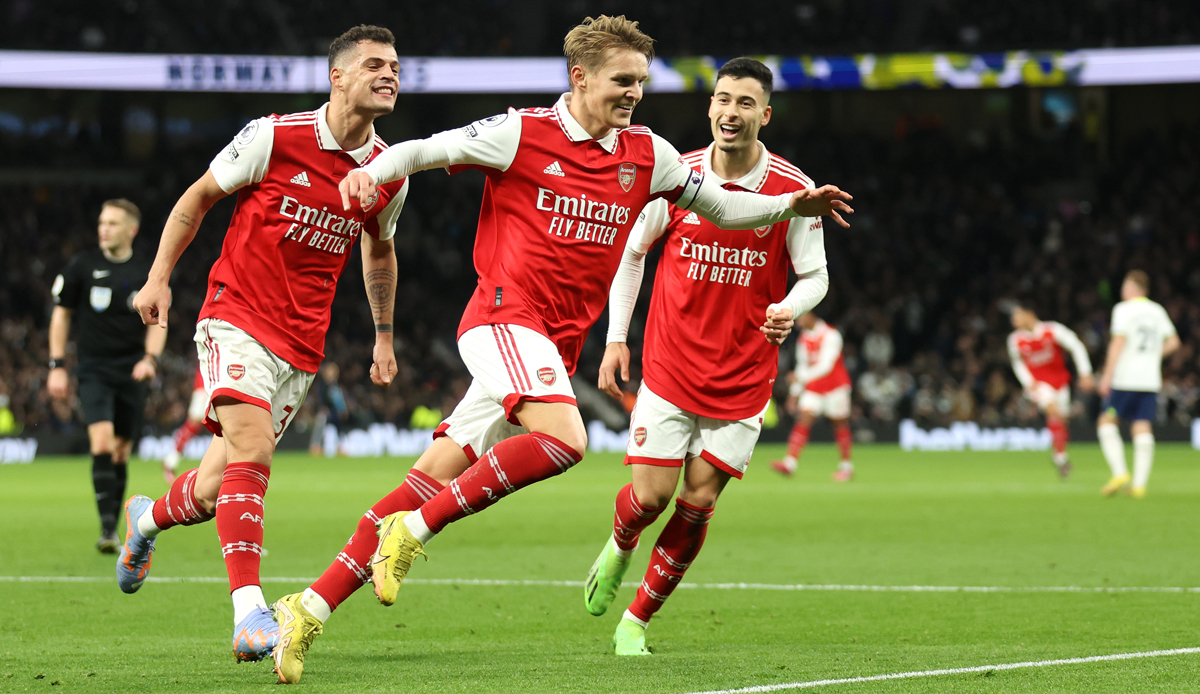 Arsenal FC extended their lead in the Premier League with a comfortable win in the north London derby at Tottenham Hotspur. The leader won 2-0 (2-0) at local rivals and is now eight points ahead of champions Manchester City. Coach Pep Guardiola’s team lost 2-1 (0-0) at Manchester United on Saturday.

Just a point behind City, United are level on points with Newcastle United. The nouveau riche club, which has been in Saudi Arabian hands for a good year, celebrated its eleventh win in the 19th game of the season in a 1-0 (0-0) win over Fulham. Former Dortmund player Alexander Isak (89th) scored late in the goal of ex-Leverkusener Bernd Leno.

An own goal by France’s record international Hugo Lloris (14th) helped Arsenal, and Martin Odegaard (36th) scored his eighth goal of the season for the Gunners. Tottenham came out of the cabin stronger but didn’t take advantage of the chances. Due to the defeat, the team around top scorer Harry Kane lost touch with the Champions League places, the gap to United is five points.

Kai Havertz (64th) ended Chelsea’s earnings crisis in mid-table. The 2021 Champions League winner celebrated his first win of the year 1-0 (0-0) over Crystal Palace, and Havertz scored his fifth goal of the season with a header. In tenth place, the Londoners are level on points with Liverpool FC from team manager Jürgen Klopp. The Reds had lost 3-0 (0-0) at Brighton & Hove Albion the day before.