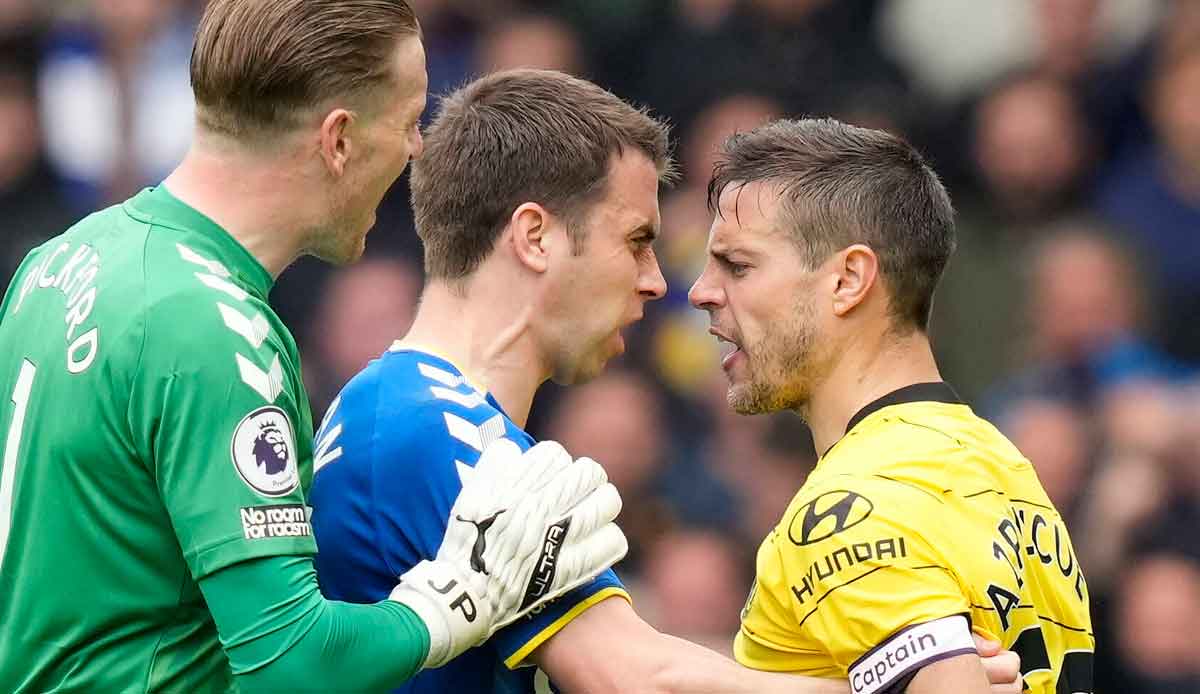 The Blues, in which Kai Havertz, Timo Werner and Antonio Rüdiger were in the starting XI, are third in the table (66 points) and still have at least five points more than fifth place with four games left.

Brazilian Richarlison (46′) scored the winning goal after a blunder from Chelsea captain Cesar Azpilicueta. Everton goalkeeper Jordan Pickford then held on to victory several times. The win was particularly special for Everton coach Frank Lampard, who once played for Chelsea for years.

In the parallel game, Tottenham Hotspur temporarily jumped to fourth place thanks to a home win against Leicester City. Harry Kane (22′) and Heung-Min Son (60′, 79′) scored the Spurs’ goal to make it 3-1 (1-0).

The Spurs (61 points) relegated Arsenal (60) to fifth place. However, the Gunners have the chance to overtake their rivals again with a win in the London duel against Eintracht Frankfurt’s Europa League opponents West Ham United (5.30 p.m.) on Sunday evening.