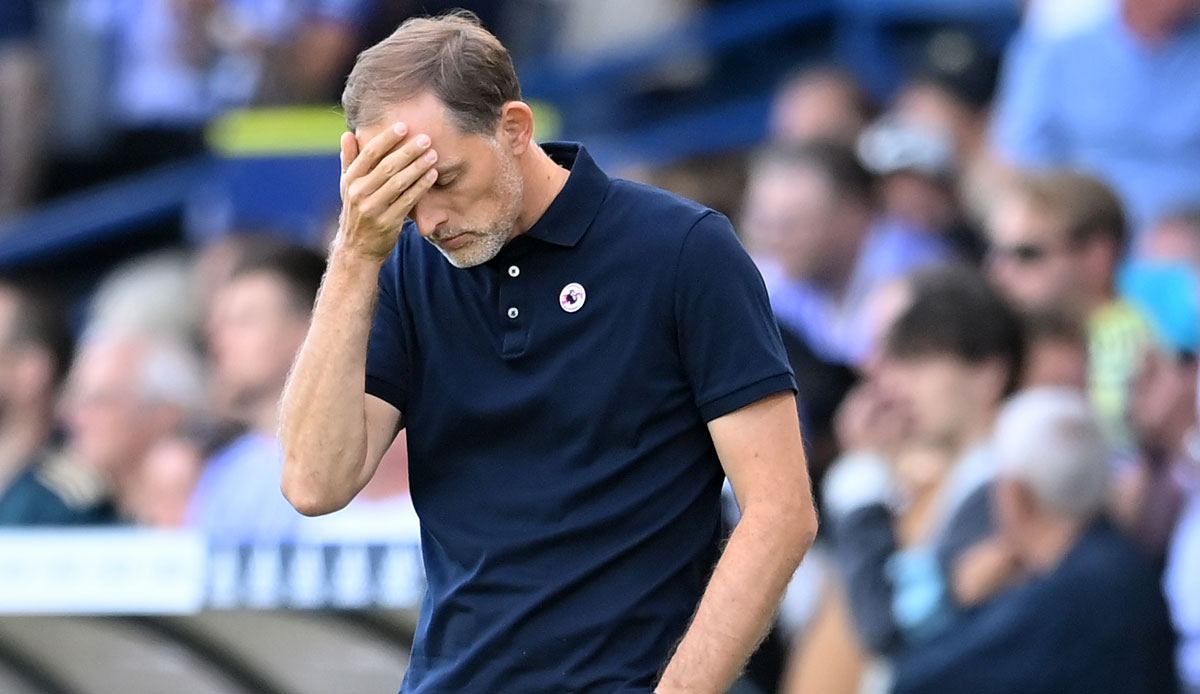 Coach Thomas Tuchel suffered his first defeat of the season with Chelsea in the Premier League – and it was embarrassingly obvious. Chelsea surprisingly lost 3-0 (2-0) at Leeds United on Sunday and have a disappointing four points after three games.

Her national team colleague Thilo Kehrer experienced a failed debut at West Ham United. The defender, who moved from Paris St. Germain to London, caused the penalty kick in the 0: 2 (0: 1) against Brighton and Hove Albion, which Alexis Mac Allister (22nd) converted to 0: 1.

Tuchel is expected to miss Chelsea against Leicester City next Saturday. The team manager has been given a one-game ban for his altercation with Antonio Conte (Tottenham Hotspur). However, the sanction does not take effect until the written justification has been published.

National goalkeeper Bernd Leno celebrated a win on his debut for Fulham on Saturday. The Londoners won against the surprise team of FC Brentford 3: 2 (2: 1). Serbian Aleksandar Mitrovic (90th) scored the winning goal. Leno has been a strong backing for his team after sitting on the bench for the first two games.

Arsenal are at the top of the table, at least temporarily, with their third win in three games of the season and nine points. The Gunners won 3-0 (2-0) at AFC Bournemouth. Norway’s former “child prodigy” Martin Ödegaard (5th/11th) put Arsenal on the road to victory with a double strike. William Saliba (54th) increased. On Monday evening, Manchester United will welcome Jürgen Klopp and Liverpool in the middle of their crisis.