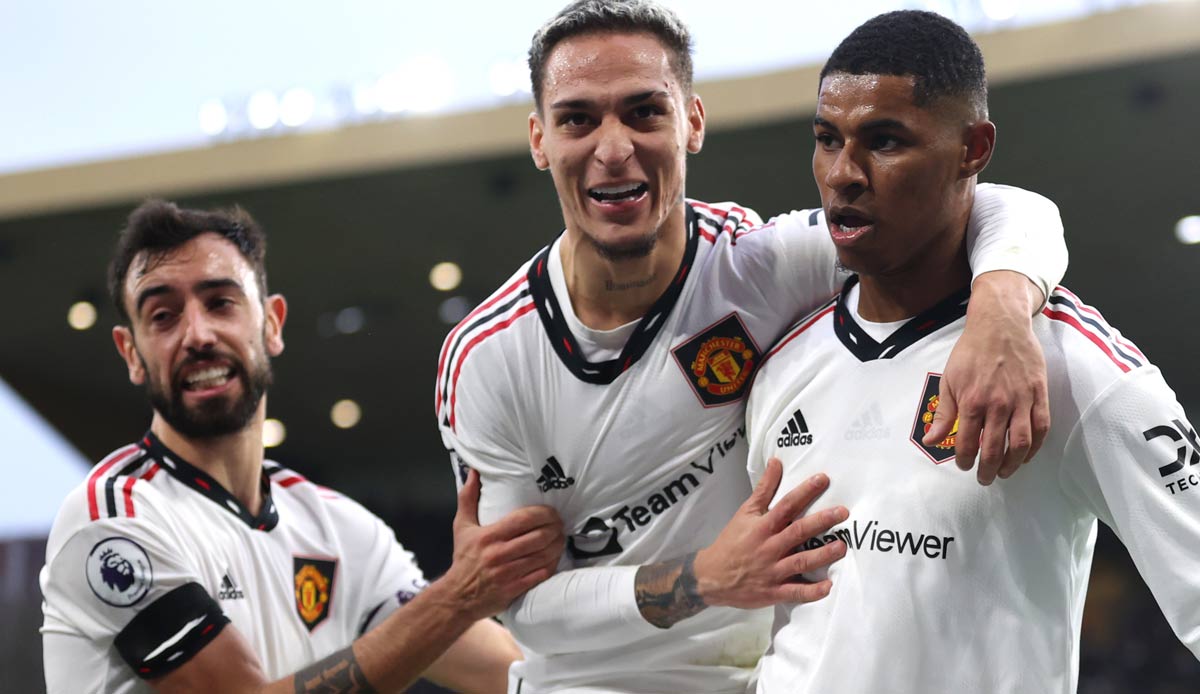 Thanks to noble joker Marcus Rashford, Manchester United has continued its upward trend in the Premier League and has at least temporarily advanced to a Champions League rank.

The team of Dutch team manager Erik ten Haag won 1-0 (0-0) at Kellerkind Wolverhampton Wanderers on New Year’s Eve and celebrated five competitive wins in a row for the first time since April 2021.

Before the ball rolled at Molineux Stadium, loud applause erupted from the stands in memory of the late Brazilian soccer legend Pele. The kick-off then took place without national player Rashford: For “disciplinary reasons”, the 25-year-old initially took a seat on the bench, as ManU coach ten Haag explained before kick-off.

Only after a goalless first half did Rashford, who had scored three goals in five games for the “Three Lions” at the World Cup in Qatar, step onto the pitch – and let the Red Devils celebrate in the 76th minute. A little later, the substitute (84th) pushed the ball over the goal line a second time, but because of a handball referee Robert Jones took the goal back after video evidence.