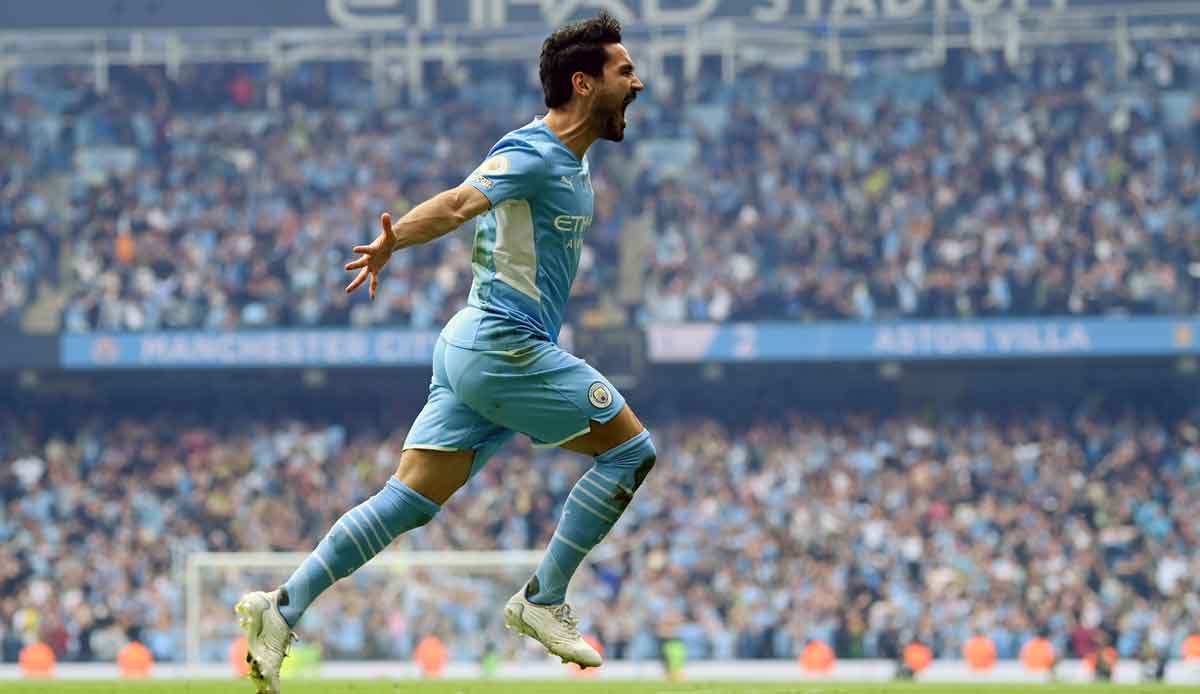 In the long-distance duel for the title in England, Manchester City keeps the better end for themselves.

Thanks to the double goal scorer Ilkay Gündogan, Pep Guardiola triumphed in the long-distance duel with Jürgen Klopp and saved the wafer-thin lead in the heart-stopping final over the finish line: Manchester City won the English soccer championship for the eighth time on Sunday and ended Liverpool FC’s quadruple dream prematurely.

The Guardiola team with national player Gündogan won on the 38th and last matchday of the Premier League after being 2-0 down 3-2 (0-1) against Aston Villa. The team of successful coach Klopp came to a 3: 1 (1: 1) against Wolverhampton Wanderers, but had to be satisfied with the runner-up position a point behind.

The goals for ManCity were scored by doubles Gündogan (76th, 81st) and Rodri (78th), for Liverpool it was Sadio Mane (24th), top scorer Mohamed Salah (84th) and Andrew Robertson (successful. ManCity defended the title in the Soccer motherland successful.

A week ago, the Reds from Liverpool also won the FA Cup on penalties against Chelsea after the League Cup. On May 28, the Klopp protégés will also play in St. Denis in the Champions League final against the Spanish record champions Real Madrid.

Before the Premier League season finale, Klopp dug deep into his psychological bag of tricks. “You’re the favorite and you’re the better team, but then: oops, 0-1. Then it comes down to character. We’ve shown it many times,” he said.

“The momentum,” Klopp claimed, lies with his LFC. The parade has long been scheduled for May 29, “I feel an incredible confidence and positive atmosphere around Anfield”.

Ilkay Gündogan scores twice after being substituted on

Klopp initially saw his confidence confirmed: Liverpool countered the early goal of Wolverhampton’s Pedro Neto (3′) by Sadio Mane (24′), City were behind at the break by a Matty Cash header (37′).

In the second round, the Citizens tried everything to turn the game around. But instead of the 1:1, the 0:2 fell in the 69th minute through Philippe Coutinho, the Brazilian with a past at Anfield Road.

But the Guardiola’s team kept cool. “We are absolutely crazy about the title,” the star coach had said before the game. And that’s what his players showed in the last 20 minutes of the season.

Gündogan first hit the ball with a header in the 76th minute, two minutes later Rodri equalized. In the 81st minute it was the German again who shot to the championship throne with his City brace.