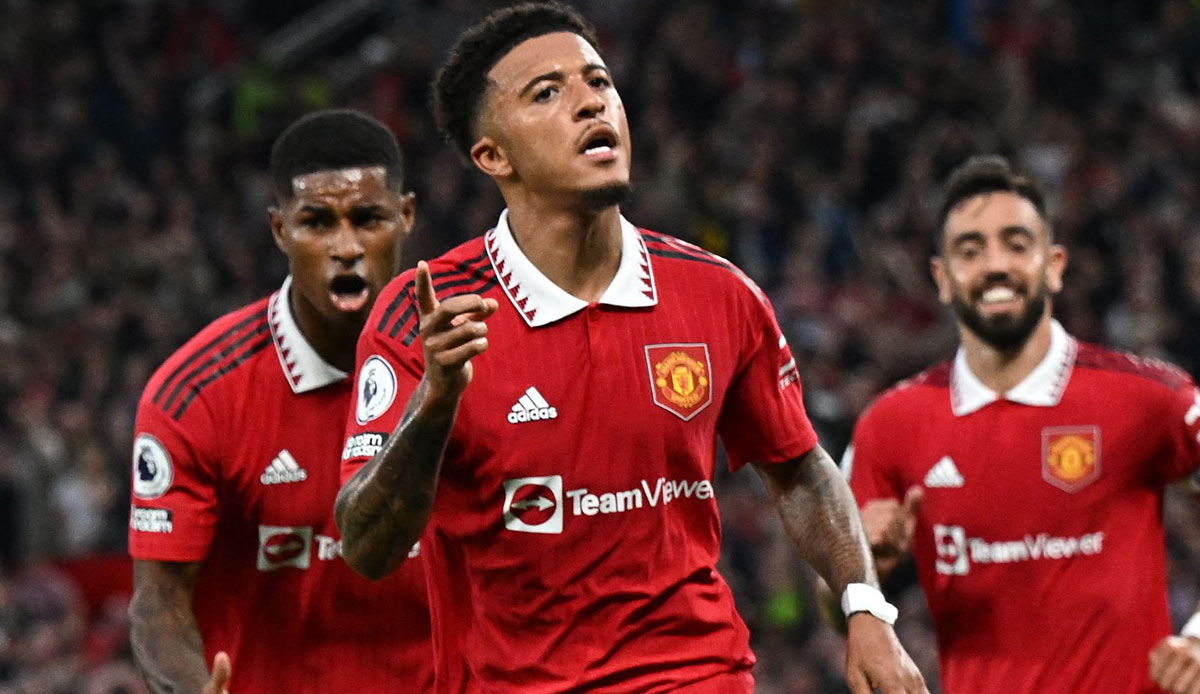 After two defeats at the start of the season, Manchester United managed the turnaround on the fifth day of the Premier League. The English record champions celebrated their third league win in a row with a 1-0 (1-0) win at Leicester City on Thursday, passed arch-rivals Liverpool FC in the table and is within striking distance of the Champions League with nine points.

Without the 90 million last-minute signing Antony, who was not in coach Erik ten Haag’s squad, and the superstar Cristiano Ronaldo, who was willing to change and who only took a seat on the substitutes’ bench again at the beginning, former BVB professional Jadon Sancho ( 23.) brought the Red Devils into the lead with his second goal of the season.

Leicester tried to respond, but apart from a free-kick shot by set-piece specialist James Maddison (51st), mostly remained too harmless.

The next endurance test awaits the ten Haag team on Sunday when the sovereign leaders FC Arsenal travel to Old Trafford for the top game.