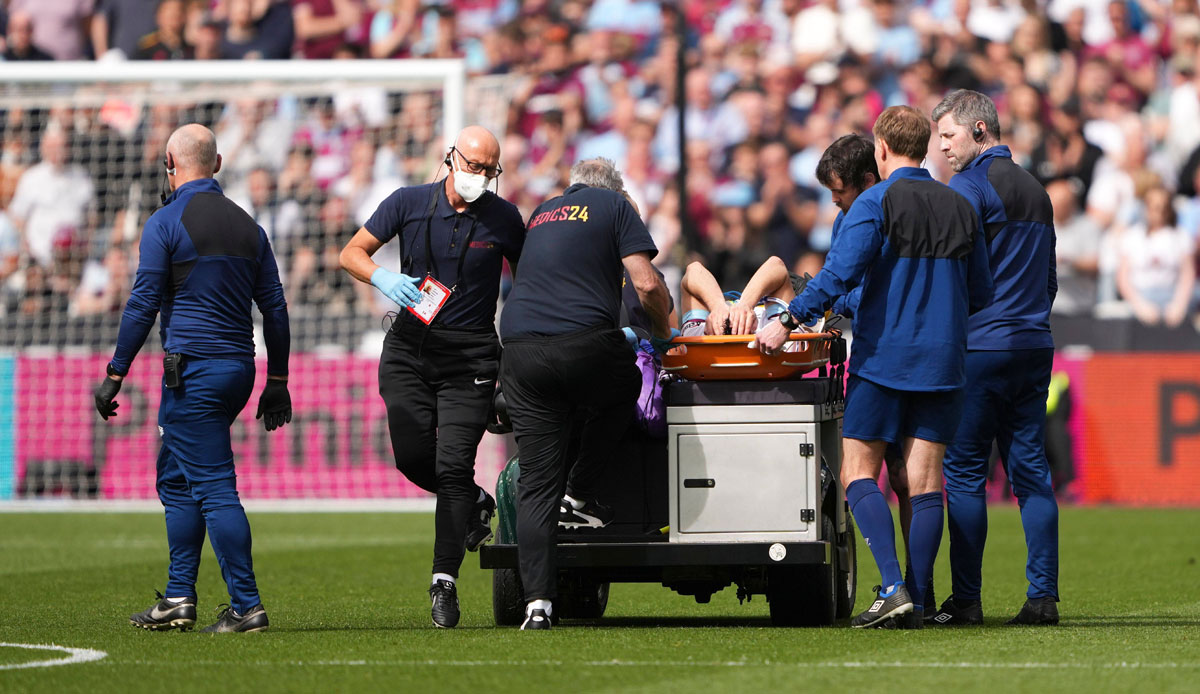 Burnley’s Ashley Westwood suffered a serious ankle injury in the 1-1 draw with West Ham United. Opponents and teammates were still crying on the pitch because of the shock.

The midfielder injured himself in a supposedly harmless duel with Nikola Vlasic. The players on the pitch then panicked because paramedics suddenly rushed onto the pitch.

Among other things, Westwood was fitted with an oxygen mask. Both the West Ham and Burnley players fought back tears. Tomas Soucek comforted his teammate Vlasic after his foul.

The 32-year-old was finally taken to the hospital after minutes of treatment. According to Burnley, Westwood is doing well given the circumstances. In the next few days he will be examined by a specialist.

“What happened to Ash was not nice to look at and had an impact on the other players,” said Burnely interim coach Mike Jackson after the game. Former Wolfsburg player Wout Weghorst had given Burnley the lead, Soucek equalized.

Burnley are still in the bottom of the table, they are currently in 18th place. The club only parted ways with long-time coach Sean Dyche last Friday. West Ham meanwhile are seventh. In the Europa League, the Hammers are also in the semi-finals, where the club meets Eintracht Frankfurt.