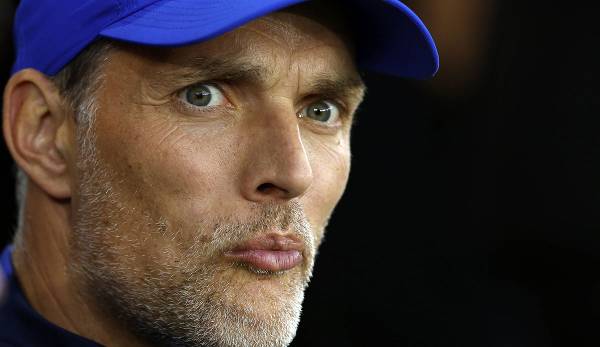 One of the first coaching layoffs of the 2022/2023 season is a big one. After just seven games this season, Thomas Tuchel had to leave Chelsea. Tuchel’s last official act as Blues coach was the disappointing 1-0 defeat in the Champions League against Dinamo Zagreb.

“The new owners are approaching 100 days in office and believe it is now time for a change,” reads the brief press release from Clearlake Capital Group, the new owners of the 2021 Champions League winner since May 2022 .

What could have persuaded the owners around US investor Todd Boehly to fire Tuchel? Why should now be the right time? Questions and answers about the surprising dismissal of the former BVB coach.

Thomas Tuchel: What is his record at Chelsea?

Tuchel’s winning rate at Chelsea is 60 percent, the Blues won exactly 60 out of 100 competitive games under him in all competitions – a record that is impressive. Tuesday’s loss to Dinamo Zagreb was just the 16th defeat Tuchel has suffered as manager of the Blues since taking the helm in January 2021.

During his 20-month tenure at Chelsea, Tuchel led his team to continental and global glory. He won the Champions League in 2020/21 with a win over Pep Guardiola’s Manchester City before winning the Club World Cup and UEFA Super Cup. He also reached the 2021 and 2022 FA Cup finals and the 2022 Carabao Cup final.

In the Premier League, Tuchel was only able to lead Chelsea to fourth place in his first season. Chelsea finished third last season, but was never able to get involved in the exciting title fight between Manchester City and Liverpool.

Tuchel’s overall record at Chelsea is impressive. But after the Champions League triumph in the summer of 2021, things started to go downhill and a rather shaky start to the 2022/23 season, with two defeats in six Premier League games and defeat by Dinamo Zagreb, obviously boosted sentiment among investors that the situation would not improve.

Chelsea FC: How did Tuchel explain the sporting stagnation?

The defeat against Dinamo Zagreb in the first group game of the Champions League was close, but it was basically the logical consequence of a sporting stagnation that had lasted for a long time. Tuchel’s post-game comments did not bode well as he sullenly declared it was ‘the same story as always’.

“I’m part of it,” he said bt sports. “We are clearly not where we need to be and where we can be. So it’s up to me, it’s up to us, we have to find solutions. Everything is lacking at the moment.”

Thomas Tuchel: What role did his relationship with those responsible at Chelsea play?

Undoubtedly, it wasn’t just three bad results in seven games that led to Tuchel’s dismissal. According to media reports from Great Britain, Tuchel’s relationship with the new owner Todd Boehly was not the best. The relationship with parts of the team should have been better.

According to the DailyTelegraph A rift erupted between coaches and bosses after Tuchel made it clear he wasn’t interested in signing Cristiano Ronaldo – unlike Boehly, who is said to be keen on signing Manchester United’s five-time Ballon d’Or winner would have gotten Stamford Bridge. Boehly also currently serves as the Blues’ athletic director.

After the takeover of Chelsea by Boehly and his Clearlake Capital Group, director Marina Granovskaia, among others, was fired. The new bosses are said to have asked Tuchel to take more care of the transfer business in the summer. Tuchel is said to have liked it less.

Tuchel admitted that transfer activity was ‘confusing and distracting’, interactions were ‘turbulent’ at times and at times he had to take ice cold showers to calm himself while the club tried to finalize deals during the transfer window.

Whether it was also due to such side-war scenes that Tuchel clashed with Spurs coach Antonio Conte in August because of an allegedly refused handshake and raged against referees, which earned him some fines.

The former Paris Saint-Germain manager also complained publicly about how easily his side were beaten, and loudly Evening Standard his otherwise good communication with the players has also deteriorated in the last few weeks. For example, he is said to have not explained the question of which player is moving into the team as well as before.

Thomas Tuchel: A contract extension was also an issue

And yet: the decision to dismiss Tuchel is still more than surprising. In Pierre-Emerick Aubameyang, Tuchel got his dream striker at the last minute, whom he also knew well from Dortmund. Defenders Wesley Fofana and Marc Cucurella were also declared players of Tuchel’s choice.

Just a few weeks ago, rumors about a contract extension for Tuchel made the rounds. But the tense relationship with the new owners and the bad start to the season caused events to roll over.

Even though Tuchel’s record is among the best in the business and success is still within reach this season, the Boehly-Clearlake Capital ownership group obviously wants – or needs – a coach with whom they can work more harmoniously.

Network reactions to the coach earthquake: “Chelsea even dumber than Bielefeld”

Premier League: The top half of the table