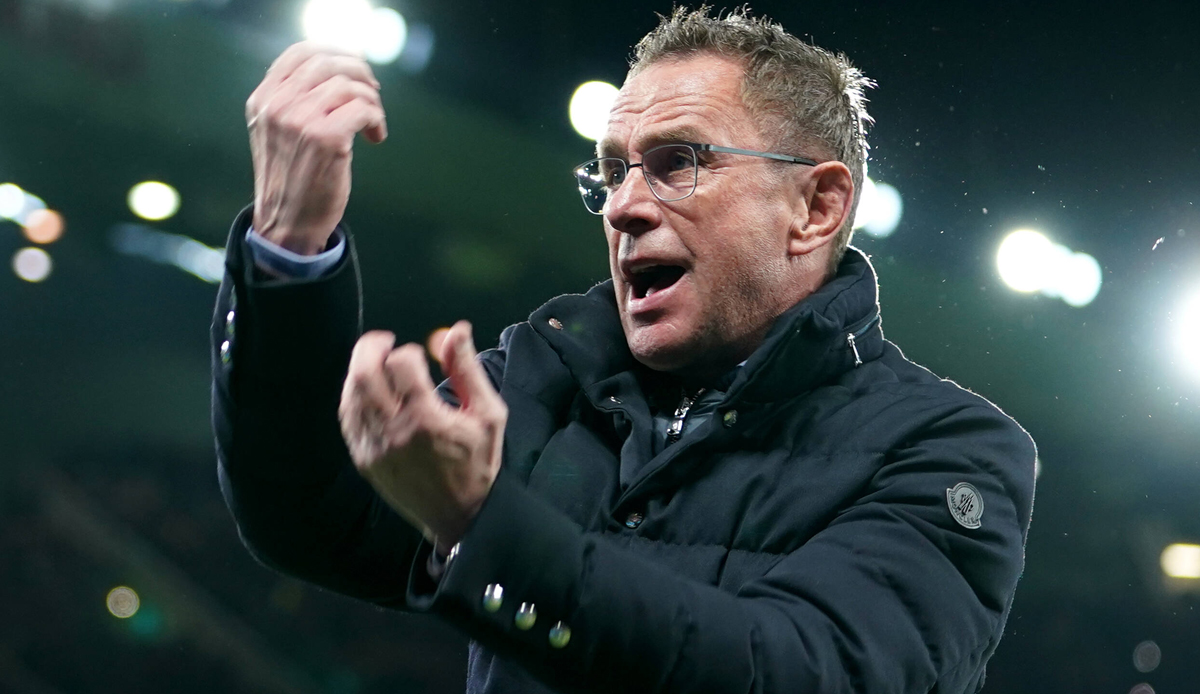 Team manager Ralf Rangnick sees himself in his future advisory position at English soccer record champions Manchester United as a rejuvenator of the traditional club from Old Trafford. “I want to help Erik (ten Hag, the future Man United coach) and whoever at the club to change everything for the better,” the 63-year-old told journalists.

The coach had already checked off participation in the Champions League due to the recent defeats against Liverpool FC (0:4) and Arsenal FC (1:3). The Dutchman ten Hag has already been confirmed as the new team manager for the Red Devils from July 1st.

“For us it is clear and it is our obligation that we will give everything in the final games to achieve the best possible result this season. That is our job, my job, the job of the players,” emphasized the long-time Bundesliga Coach and sports director. Man United are currently sixth in the Premier League table.

His new role as a consultant at United is for two years. The new coach ten Hag, who is still head coach at Ajax Amsterdam, has his full support: “I’m looking forward to the job as a consultant and I want to help Erik as much as possible.” However, he has not yet spoken to ten Hag, former coach at Bayern Munich II.

Rangnick suggests that in future the team captain will be elected by the team. England defender Harry Maguire is currently wearing the captain’s armband. Rangnick: “That’s how I would do it if I were still team manager. But the decision is up to Erik.”