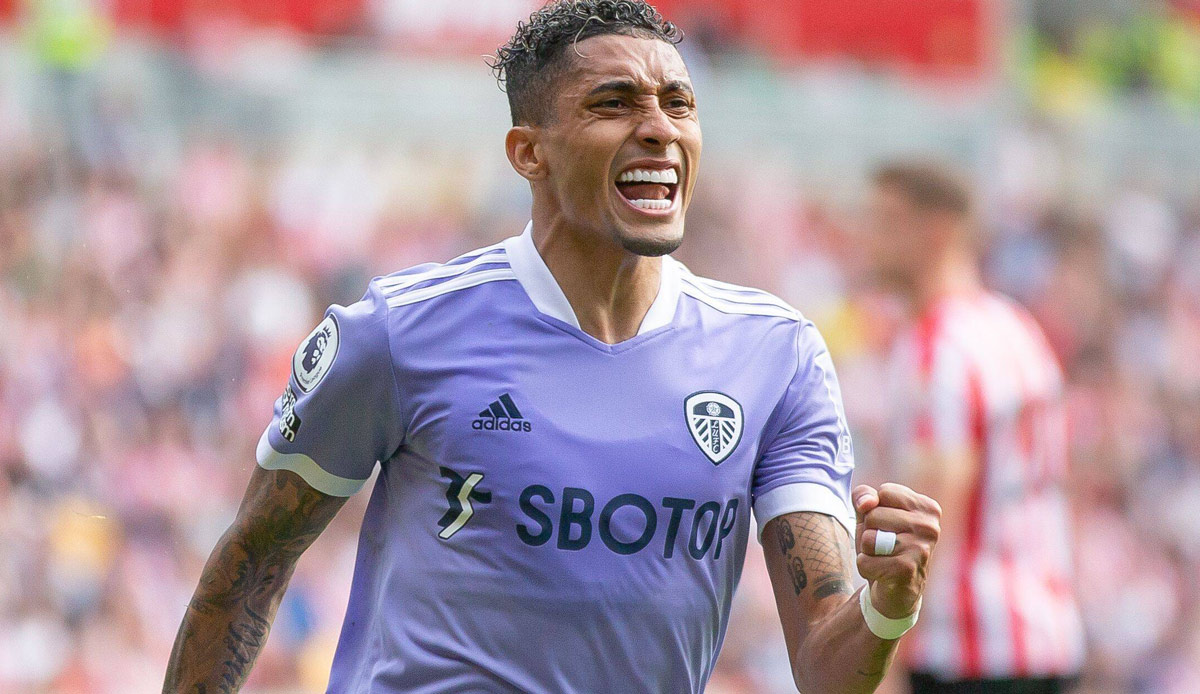 Barca and Arsenal have long ruled the poker game around Raphinha. In the end, both will probably lose out against the Blues.

Chelsea have reached an agreement with Leeds United to transfer attacker Raphinha. Several media agree. Report among other things The Athletic and transfer expert Fabrizio Romano that the transfer fee for the Brazil international should be around 63 million euros. So FC Barcelona and Arsenal go away empty-handed in the poker game for the coveted right winger.

At Barca, Raphinha has long been considered a desirable candidate. The Catalans reached an agreement with ex-Barca pro Deco, the 25-year-old’s agent, a few weeks ago. However, the Catalans played for time in their search for a possible successor to Ousmane Dembele. Raphinha’s contract in Leeds runs until 2024 and if the Peacocks were relegated from the Premier League, it would have cost “only” 25 million euros thanks to a clause.

Leeds, however, held the class, and for some time has, according to information from SPOX and GOAL no longer registered a representative of the Catalans with the English. Raphinha, however, quickly sought clarity in the talks about his future.

Arsenal took the lead in the transfer poker for the attacker, in which FC Bayern is said to have been interested in the meantime. The Gunners wanted to pay the equivalent of 50 million euros.

Chelsea’s offer in the last few days was even more tempting for Leeds’ officials. According to Romano, there have been calls from the Gunners and Barcelona in Leeds in the past few hours, but these have not been successful. Now it’s up to Chelsea to reach an agreement with Raphinha.

He switched from Stade Rennes to Leeds United in the summer of 2020 for almost 19 million euros. He was one of the top performers there in the past two years. In 66 competitive games, Raphinha scored 17 goals and provided 11 assists.

At Chelsea he would be part of a newly formed attacking line under coach Thomas Tuchel. This could consist of him, Kai Havertz and Raheem Sterling. Because of the latter, Chelsea’s officials are negotiating based on information from SPOX and GOAL straight with Manchester City.