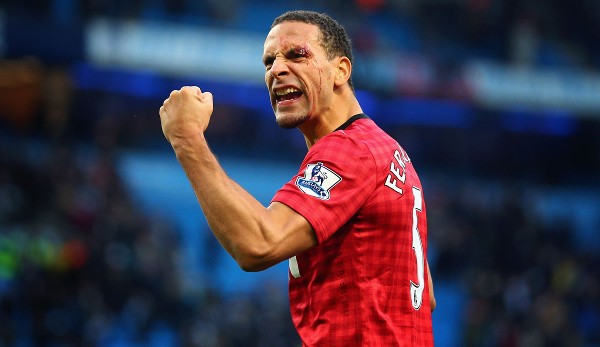 Rio Ferdinand was an exceptional player during his career, but he was and still is versatile off the pitch.

When football fans hear the name Rio Ferdinand, they most likely think of the tough defender who became one of the best in his position in a Manchester United shirt and won title after title in the Ferguson era. An excerpt of his impressive biography: six-time English champion, Champions League winner in 2008 and club world champion a few months later.

But even during his active career, Ferdinand built a (lucrative) life away from football. Even as a boxer he wanted to start a career again, but this attempt failed. SPOX looks at the empire of Rio Ferdinand.

As early as 2005, when Ferdinand was still in the prime of his career, he founded the music label “White Chalk Music” together with a childhood friend. Music played a big role in the life of the former England international since he was a child.

However, there are no big names on the label, in 2008 the singer Nia Jai ​​released some songs.

Not only music is a passion of Ferdinand, he is also active in the film business. He co-produced the 2009 gangster film Dead Man Running with former national team-mate Ashley Cole. One of the main characters in the film was well-known rapper 50 Cent.

A year earlier, he made a documentary about his hometown of Peckham to save the youth there from a life of crime.

Editor of a magazine

Music, film – what remains then? Right, something printed. Also in 2009, Ferdinand launched the online magazine “#5 Magazine”. In this, well-known athletes are presented primarily – but not exclusively. Juan Mata and Riyad Mahrez, for example, have already been dealt with thematically, as have the rappers Snoop Dogg and Ice Cube. The publication appears every two months.

Ferdinand also runs a YouTube channel with the aim of bringing football closer to fans behind the scenes. The channel currently has almost 880,000 subscribers.

Ferdinand is also active in the fashion sector, in 2010 he launched his own label “FIVE”. From caps to hoodies, there is everything a shopping heart desires.

Loss of millions after bad investment

With all his activities off the pitch, Ferdinand wasn’t always lucky. He, Wayne Rooney and other football stars have reportedly lost a combined £25million after investing in shady firm Kingsbridge Asset Management.

In total, 589 sports stars are said to have invested a total of £417m, but the company’s machinations turned out to be a scam. The police investigated but did not find enough evidence. The money was gone.

But Ferdinand is not only active as an entrepreneur, the social sector is also important to him. With his foundation, which he launched in 2012, he wants to help disadvantaged young people and fight inequality. For this he was inspired by his own life story, Ferdinand also experienced numerous problems in his youth.

For his social commitment, he was appointed “Officer of the Order of the British Empire” in 2022 and thus accepted into the knightly order. It is the fourth highest rank within the Order.

owner of a restaurant

Since around 2009, Rio Ferdinand has owned one of the trendiest restaurants in Manchester together with a number of business partners: the “Rosso”. It’s an Italian restaurant and bar.

A few changes of ownership before, the shop was called “Establishment” and was one of the hotspots of evening and nightlife in Manchester in the early 2000s.

After retiring from football, Ferdinand sought a late career as a professional boxer in 2017. He had won titles, now he wanted a belt, he said at the time.

However, the British Boxing Association refused him a license and his second career ended before it really began.