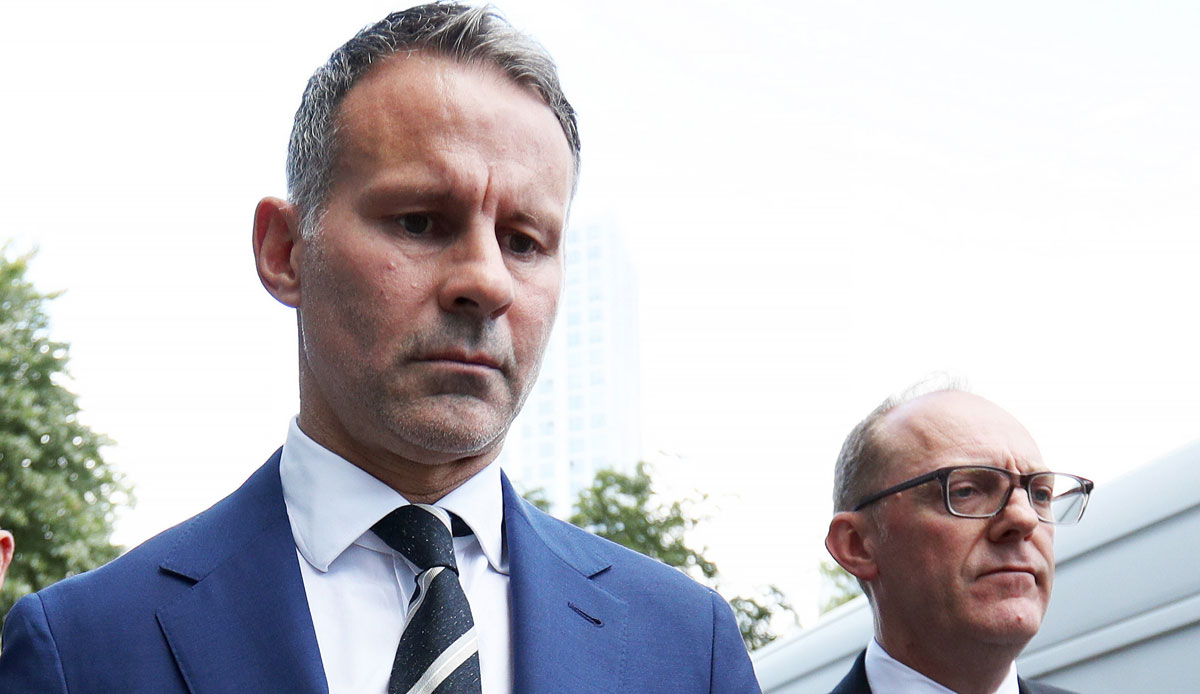 Former Welsh footballer Ryan Giggs is on trial again after his trial was adjourned at the end of August. Those responsible decided on Wednesday. The 48-year-old has to answer for allegations of physical coercion and abuse of his former partner – he faces up to five years in prison.

At the previous trial, the jury hearing the case was dismissed due to irreconcilable differences. To legitimize a retrial, the Crown Prosecution Service (CPS), which oversees law enforcement in England and Wales, had to give its consent, which is what happened. The process will not be resumed until July next year.

Giggs had pleaded not guilty at the start of the trial at the Crown Criminal Court in Manchester. After his statement, the public prosecutor accused the 48-year-old of massive assaults and “persistent abuse” of his former partner.

The police temporarily arrested Giggs in autumn 2020 for alleged violent attacks against his then partner and her sister. He was later released on bail. At a court hearing last year, Giggs had already rejected all allegations against the two sisters and declared himself “innocent”.

In June, Giggs resigned as coach of his native country. He had let the office rest because of the allegations since last year. Meanwhile, Wales qualified for the World Cup in Qatar (20 November to 18 December) under Giggs’ assistant Rob Page.