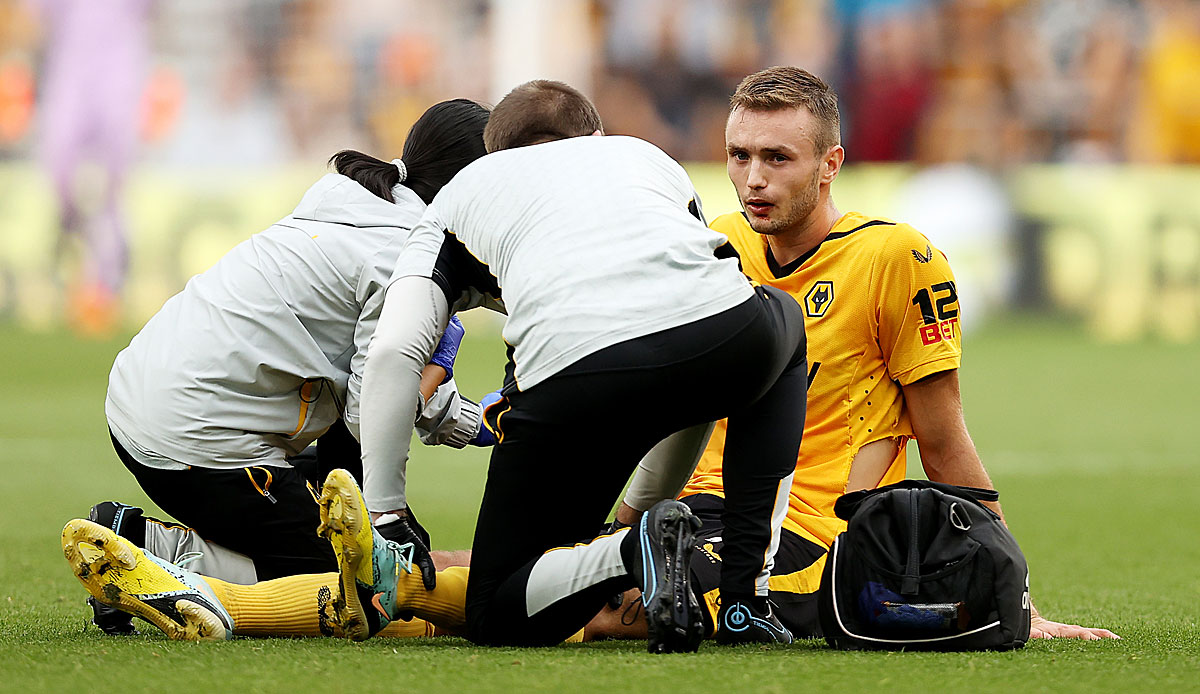 Ex-Stuttgart striker Sasa Kalajdzic makes bitter debut for Wolverhampton Wanderers. In the game against FC Southampton, the Austrian had to be substituted at half-time and is now out for a long time. The club confirmed a cruciate ligament injury the day after, according to picture it’s actually a crack.

Accordingly, the 25-year-old would be out for months, Wolves said on Sunday: “Sasa felt pain in his knee in the first half against Southampton. Unfortunately, the scans showed an anterior cruciate ligament injury and he will see a knee specialist tomorrow. We have to Sasa now assist in his recovery and more information will follow.”

Kalajdzic, who after three years in Stuttgart left VfB shortly before the transfer window closed for around 18 million euros, has already struggled with injuries in the past. In 2018 he suffered a metatarsal fracture, in 2019 a cruciate ligament tear and in 2021 a severe shoulder injury. There were also two corona infections. He only appeared in 60 games for the Swabians, in which he scored 24 goals and made twelve assists.

Wolves made a big leap up the table after beating Southampton 1-0 and are now 14th. It was their first win in their sixth game of the season.