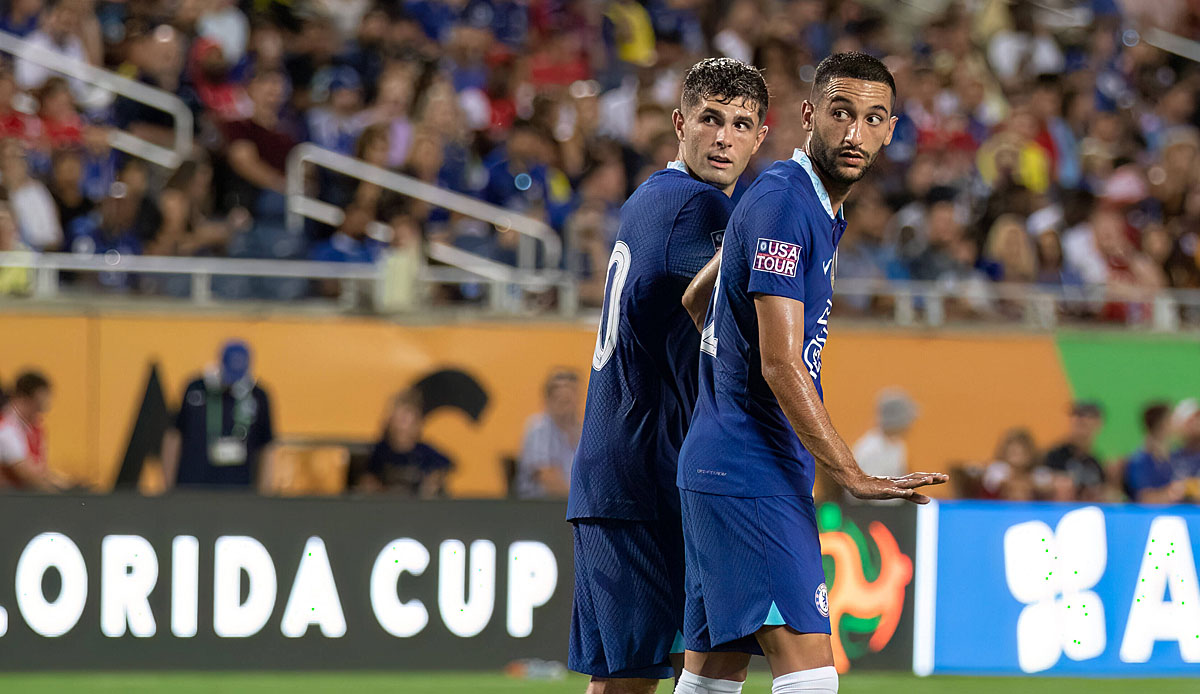 Chelsea’s transfer offensive apparently has negative consequences for other players who are already in the squad. After the Blues strengthened themselves in the winter alone with Mikhaylo Mudryk, Benoit Badiashile, David Datro Fofana, Andrey Santos and Joao Felix on loan and further transfers are not ruled out, the places in the squad are becoming increasingly scarce.

A maximum of three new players may be registered for the Champions League. According to media reports, these should be Badiashile, Felix and Mudryk. However, players must first be deleted. As the Daily Mail reported, Ngolo Kanté, who is currently injured anyway, threatens Christian Pulisic (also injured) and Hakim Ziyech from the premier class.

Another problem: At least eight so-called “locally trained players” must be on the A-list of the Champions League squad, who between the ages of 15 and 21 have been trained for at least three years in a club or at least in their own national association.

At Chelsea, this would now only be seven. Thus, in addition to the trio mentioned, another player would probably have to give way. The registration period ends at the beginning of February, shortly after that the round of 16 against Dortmund is due (first leg on February 15 at BVB).

The Blues have underperformed in the Premier League so far, having gone three games without a win by narrowly beating Crystal Palace at the weekend. Nevertheless, after the preliminary round, they are only tenth, the gap to the Champions League places is already ten points. Owner Todd Boehly nevertheless expressed his confidence in team manager Graham Potter, successor to Thomas Tuchel.