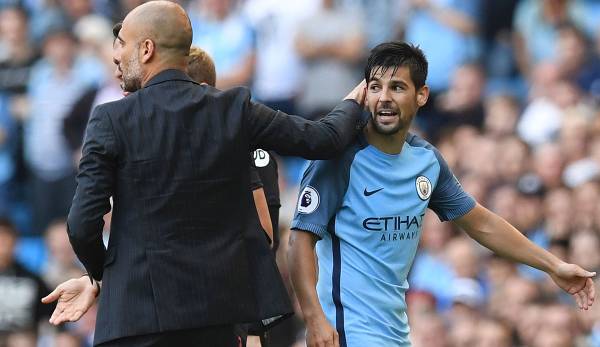 Pep Guardiola’s era at Manchester City began in 2016, and almost six years later the star coach is still responsible for the Citizens. Even before he took office, Guardiola personally ensured that he had a more than decent squad at his disposal in his first year in the Premier League. His first signing was that of Ilkay Gundogan from Borussia Dortmund, the second that of Nolito from Celta de Vigo.

The difference between top and flop could not be very clear: while Gündogan is still a top performer at Man City, Nolito was looking for space again after just over a year.

There were definitely signs that suggested that the winger would work out at the Etihad. He had already played for FC Barcelona under Guardiola, then for Celta with 39 goals in 100 league games, a respectable result in Spain’s top division. With Nolito – and of course especially Guardiola himself – a little Barca and Spain flair should also come to Manchester.

And yet there were of course warning signs: Nolito was already 29 years old and had never kicked for a club outside of Spain and Portugal in his career. A difficult and lengthy adjustment was therefore to be expected. As a winger who relies above all on his speed, he had already passed his pace peak.

Manchester City flop Nolito: ‘…like she lives in a cave’

These bad omens played no role at the beginning of his time in the city: Nolito scored four times in the first eleven competitive games for his new club. But after just six months things looked very different for the winger, because Guardiola left him out in training after listless performances.

After the turn of the year, 2017 added just 39 Premier League minutes – and after a very disappointing summer season, Nolito was downright begging the Spanish media for a club to take an interest in him and redeem him from Manchester.

“I hope I can go, whether it’s loan, transfer or whatever,” Nolito pleaded Cadena COPE. “There are several teams I would like to go to,” was another sentence that made it clear to everyone involved that there was no going back to City for him.

Besides, he didn’t like England at all with the language, the weather and the culture. “I only learned a little bit of English. Just ‘tomorrow’, ‘good morning’, ‘good afternoon’ and a few other things,” he confessed Onda Cero. “My daughter has a completely different complexion here. It looks like she lives in a cave,” he added.

City and Guardiola quickly realized that it no longer made sense to continue working with such a dissatisfied and unmotivated Nolito. Almost 13 months after his signing for 18 million euros, the offensive player went back to Spain for Sevilla FC for only 7 million euros. An expensive misunderstanding – but not every transfer can hit like Ilkay Gündogan’s.