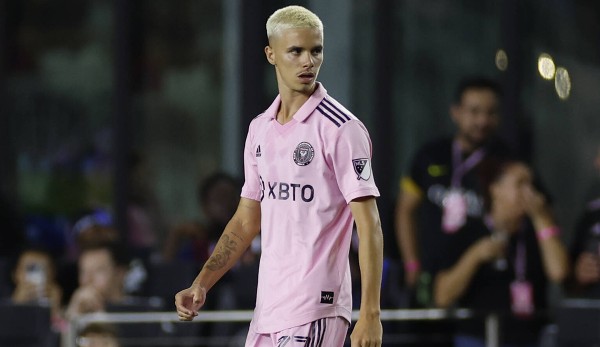 Romeo Beckham is moving to Brentford FC in the Premier League. He follows in the footsteps of his father David, whose professional career also began in England. But can the 20-year-old do justice to the big name?

Family dynasties are as much a part of sport as amen is in church. There are countless examples of sons and daughters following in their parents’ footsteps and trying to emulate their successes. There are positive cases in which the offspring managed to make a name for themselves that is just as big as negative ones, in which the offspring collapsed under the pressure and expectations.

Which of the two extremes applies to Romeo Beckham cannot yet be finally answered. After all, the son of England’s football legend David Beckham is only 20 years old, so he is only at the beginning of his career as an athlete. Nevertheless, there are already some parallels to the famous father.

In his early teens, Romeo initially wanted little to do with football. Although he was part of the Arsenal FC youth academy between the ages of 14 and 15, after his career at the Gunners did not progress any further, he devoted himself to other sports. The only thing that remained from this time was the love for the north London club – despite the missed breakthrough.

“I tried to put United shirts on them early on, but one of them is an Arsenal fan. I don’t know how that happened!” Dad David once commented on the different fan groups at Beckham.

In any case, Romeo gave up football in his own plans for the future and tried his luck as a tennis pro. He received regular lessons from private coaches up to the age of 20. In addition, his parents donated him a tennis court on the family estate in the British Cotswolds for a mere 35,000 euros.

Beckham Jr. only found his way back to football when his father David set up an investor group in 2017, which founded the MLS club Inter Miami in January 2018 and the family subsequently moved from England across the pond to the States.

At his father’s newly founded club, he was offered a contract, albeit certainly with a portion of the family bonus, which he officially signed in the summer of 2021 after reaching the age of majority. With the Miami farm team, the USL League One club Fort Lauderdale CF (now renamed Inter Miami II), he made 26 appearances in two years, in which he scored two goals and contributed ten assists. He even scored his first goal in the Miami jersey in the classic manner of his father. Romeo circled a free kick from almost 25 meters into the corner, which is worth seeing.

He was mainly used in the position of attacking right winger in Miami, although he also gained experience in other parts of the team in his earlier time at Arsenal. During his one-year apprenticeship with the Gunners, he held the position of (primarily right) full-back. The debut for the professionals from Inter Miami finally followed on January 26, 2022, but further appearances should not follow – also due to the lack of individual class. Now the step back to England followed.

Regardless, Romeo is now set to break through at Brentford FC in the Premier League. He is on loan to the English team from Inter Miami until next summer. With the Bees, however, he is initially only planned for the second team, the primary goal of the loan is to gain match practice and experience.

Romeo had already trained with Brenford during the MLS off-season, but initially with the basic idea of ​​keeping fit so that he could be in the best of shape when the season started. Apparently, Beckham Jr. made a good overall impression on the Bees officials, which is why they decided to go on loan. Inter Miami is said to have even actively campaigned for Romeo to stay with the PL club.

“We’ve absolutely loved Romeo since he arrived,” said Brentford B head coach Neil MacFarlane immediately after the 20-year-old’s arrival. “Romeo has blended in incredibly well, he’s really blended into the culture and the group and has become an important part of it.”

The similarities to his father’s playing style are already obvious. Romeo is “technically very experienced” and good with the ball. But he also brings qualities apart from chic dribbling and standards that are worth seeing. “He’s a really good goalscorer and can play in different positions, which is also very gratifying,” continued MacFarlane.

Beckham himself was more reserved, but he did not want to draw comparisons to his father. He “is very proud and very happy to be here. We play against some men’s teams, it’s a good experience. I want to gain experience playing against men and get physically stronger. We’ll see how that helps me.”

David Beckham also had a difficult start to his career

Whether Romeo will ever be able to pursue a career like his father is of course still in the stars. He will have few opportunities to excel on the big stage with Brentford’s second team. But he is encouraged by the fact that not everything went smoothly for his father at the beginning of his football career.

This was awarded to Preston North End by Manchester United for the 1994/95 season – also a club from the lower league English football. However, David did not gain a foothold there and did not play a single competitive game during his three-month loan. It wasn’t until he made the leap back to the Red Devils and found a coach in Sir Alex Ferguson who would nurture and build on him that Beckham Sr. thrived.

At least it cannot be ruled out that Romeo will take a similar path after moving to the Premier League. At least the first step has already been taken.

Romeo Beckham in the profile