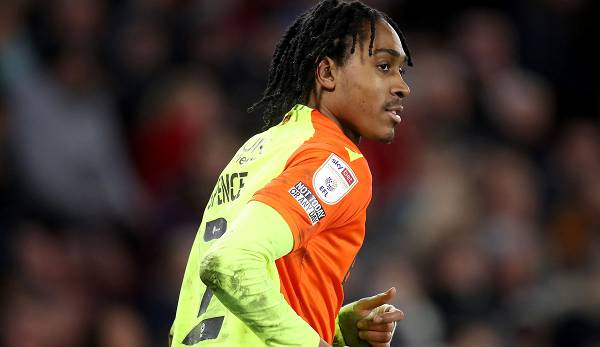 Will FC Bayern sign a right-back with offensive potential in the summer? A youngster from England could get Pavard moving.

Bayern’s search for a new right-back has become something of a tradition. Ever since Joshua Kimmich has been deployed in central midfield, there have been rumors about a new man for the right-back in every transfer window.

Benjamin Pavard does his job – especially defensively – very neatly, but the Frenchman lacks the great offensive drive like Alphonso Davies on the left. Pavard’s competitor Bouna Sarr, who came to the Isar in 2020, has so far been a flop in the books, so those responsible are still looking.

Ajax’s Noussair Mazraoui is considered a hot candidate for the summer, but FC Barcelona also have the Moroccan on their wish list. So Hasan Salihamidzic and Co. need an alternative plan – and already have a youngster from England on the screen.

Djed Spence is currently playing in the second division club Nottingham Forrest. The 21-year-old, who was loaned to Nottingham by league rivals Middlesbrough until the end of the season, was able to compete with big names from the Premier League in the FA Cup over the course of the season.

“He belongs in the Premier League”

Arsenal were knocked out of the competition in the third round. Gabriel Martinelli, himself one of the rising stars on the island, then called right-back Spence the toughest opponent of the season. Gunners legend and TV pundit Ian Wright was also deeply impressed by Spence’s performance.

“It was one of the best performances from a right-back in a long time,” he enthused. “When you talk about English full-backs who are of an incredibly high level, the names Trent Alexander-Arnold and Reece James immediately come to mind, but I haven’t seen such a fighting and technically impressive performance in a long time. I said to him, that at this level he belongs in the Premier League.”

A round later, the underdogs beat Leicester City 4-1, with Spence even shining as a goalscorer. They finally reached the quarter-finals via Huddersfield in round five (2-1 win) and met Liverpool there. There the new Under-21 international was able to measure up against Diogo Jota and Luis Diaz, the former scoring the golden goal in the final stages and ending Nottingham’s strong cup season.

Djed Spence: In addition to Bayern, Tottenham, Arsenal and ManUnited are also interested

Spence, who still has a contract with Middlesbrough until 2024, should not be able to stay in the championship beyond the summer. In addition to Bayern, Tottenham, Arsenal and Manchester United have also expressed an interest. A fee of 15 to 20 million euros is under discussion.

His former coach Jonathan Woodgate puts his market value even higher. “He could be sold for up to €30m in the summer. He’s just that good,” he said after Spence’s performance against Leicester in early February.

Spence was never short of facilities. The right foot is extremely fast and explosive, the result of which is a lot of won dribbles on the offensive. He can be used both in the back four and as a right rail player in the case of a back three. He has a lot of actions in the opposing third, which is why not only Wright sees parallels to Alexander-Arnold and James at home. Until the current season, however, his mentality and willpower were repeatedly questioned.

“In five years he can play for one of the top clubs in England or in the lowest amateur leagues,” his former Boro coach Neil Warnock once said of him. “I can’t predict which way it’s going.” It was also Warnock who let Spence go towards Nottingham. “A change of air was necessary,” he explained.

For Spence personally it was the right step and Middlesbrough will also ultimately benefit if a sale brings in the rumored transfer fee of at least 15 million euros. The next step in his career in the first division will most likely follow in the summer. Whether in England or maybe even in Germany remains to be seen.