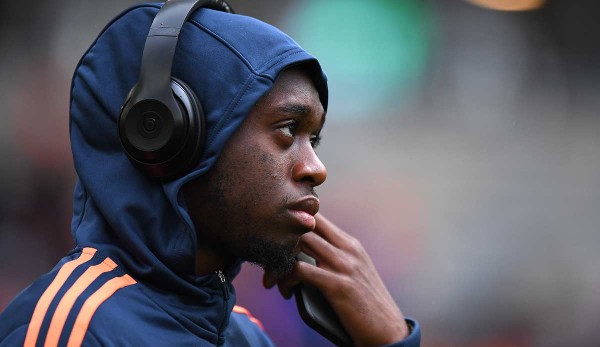 Manchester United are looking for reinforcements in attack, at the same time there could be some prominent departures.

Manchester United have resurfaced as a strong side since the start of the season and finally have the breadth to meet the demands of a four-way battle at the top of the Premier League.

New coach Erik ten Hag signed six new players in the summer, all of whom have fitted seamlessly into the squad while the existing stars have slipped down the pecking order.

The Dutchman may have to trim the squad in the winter, especially as there’s no room for more signings until the club’s payroll costs are reduced.

Those who don’t appear to have a long-term future at Old Trafford could leave the club permanently, while others could be forced to go on loan to continue their development.

SPOX and GOAL profile the players who will not feature in United’s plans for the new year.

Wan-Bissaka secured his regular place in his first two seasons at Old Trafford under Ole Gunnar Solskjaer and has been arguably one of United’s most consistent players.

However, questions have been asked about the former Crystal Palace player’s attacking prowess as he has often been accused of playing upside down and lacking the technical ability to pick players up and make crucial passes.

Since ten Hag’s arrival, Wan-Bissaka has fallen utterly out of favor, playing just four minutes in the first half of the season. United are reportedly ready to hand him over.

The 25-year-old won’t fetch anywhere near the €55m he cost the club in 2019 but is unlikely to leave for a mini sum either as his contract runs until 2024.

A possible return of Wan-Bissaka to Palace could benefit all parties and give United the opportunity to sign a new right-back to challenge Diogo Dalot for a place in the starting XI.

Pellistri was teased as a future star at United after joining from Peñarol for €8.5million in October 2020. He was watched by the club’s scouts from the early stages of his career in Uruguay.

Today, the talented young winger, who is said to have been recommended to Old Trafford officials by former United striker Diego Forlán, is still awaiting his first game for the Red Devils.

Pellistri returned to the club in the summer after a second loan deal at Alavés and has been called up by ten Hag on several occasions this season, but the Dutchman has been reluctant to give him playing minutes.

Uruguay coach Diego Alonso opted for the 20-year-old at the World Cup despite not playing at Manchester and he was one of the few positives for Celeste, who were eliminated in the group stage

Pellistri’s performances at Qatar are unlikely to change his situation at Old Trafford with United reportedly planning to send him back on loan. It could even be that Pellistri leaves the club for good before his contract expires in 2025.

Teden Mengi seemed destined for a quick acclimatization to United’s first-team following his promotion from the academy in 2019.

The centre-back made his debut for the Red Devils in August 2020 in the Europa League against LASK but failed to prevail and joined Derby County on loan the following February.

A month later, Mengi signed a new contract with United but was forced to return early from Pride Park through injury and his situation didn’t improve in the first half of the 2021/22 season either.

With United having a multitude of alternatives in central defense with Harry Maguire, Victor Lindelöf and Raphaël Varane, Mengi was unable to assert himself decisively even after his return to the team.

Another loan deal was arranged in January, this time with Birmingham City, but after an impressive start with the Blues, a recurring Achilles tendon problem brought him back to earth.

Mengi returned to the first-team during the World Cup break but was injured again in a friendly against Real Betis. Now it has been reported that United could hand over the 20-year-old in January.

The post-Sir Alex Ferguson era has produced a string of flops at United, including the likes of Ángel di María and Alexis Sánchez.

However, the quirky case of Donny van de Beek tops them all as few fans understood why he was a transfer target in the first place when he joined Manchester from Ajax for €39m in September 2020.

Bruno Fernandes had already taken on the role of United’s key midfielder after joining the club in January. And Ole Gunnar Solskjaer also had Paul Pogba, Nemanja Matic, Fred and Scott McTominay available in midfield.

Never a vacant spot, van de Beek only made two Premier League appearances for United before being loaned to Everton in early 2022.

The 25-year-old was predicted to be on the mend after reuniting with his former Ajax coach ten Hag in the summer, but has continued to play only a minor role with the Red Devils this season.

Ten Hag have made it clear van de Beek will not be loaned out again but he could well be on the club’s sell list in the new year. The United boss told reporters in November: “Loan doesn’t make sense. Either he finds himself and proves himself in this atmosphere or he leaves.” However, van de Beek had to be substituted off injured in his game against Bournemouth on Tuesday.

Next up is the youngest player to ever play for United in European competition: promising England striker Shoretire.

The teenager made his debut for the Red Devils in a Premier League game against Newcastle on February 21, 2021 – a week after his 17th birthday.

Four days later, Shoretire broke Norman Whiteside’s club record when he came off the bench in the Europa League game against Real Sociedad, ending the season with a total of five first-team appearances.

Several Championship clubs were reportedly interested in signing Shoretire on loan in the summer but ten Hag kept him at Old Trafford due to a lack of centre-forward options.

However, the England Under-21 international is still awaiting his first spell under the Dutchman and could be lured into a temporary move in the winter if interest in his services picks up again.

Since making his first-team debut in September 2019, Williams has quickly learned the rigors of life at one of Europe’s top clubs.

The left-back made an immediate impact, ending his first full season in the United first-team with 37 appearances in all competitions. He ousted Luke Shaw from the starting XI for much of the 2019/20 season, but his playing times gradually diminished over the following season.

United continued to strengthen their defensive line with the signing of Alex Telles from Porto in October 2020, which eventually led to Williams being loaned out to Norwich City some ten months later.

The England Under-21 international made 26 Premier League appearances for the Canaries but his status hasn’t really improved after being relegated to the Championship and his efforts to secure a first-team spot under ten Hag at Old Trafford have so far been unsuccessful remained.

Williams, who has a contract with United until 2024, is not reported to be sold outright in January but another loan deal could well be an option for a player in dire need of a fresh start.