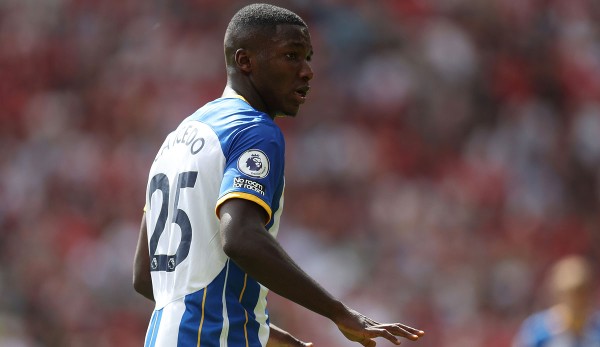 Liverpool midfield is in dire need of reinforcements. What options might be available in winter?

The call for a new midfielder is getting louder from game to game at Liverpool, it seems. While Jurgen Klopp has declared the Reds won’t be able to play ‘Monopoly’ in the January transfer window, it seems clear that without a reinforcement this month his side could forget a place in the top four in the Premier League.

It’s clear who the number one target is, but the odds of persuading Borussia Dortmund to sell Jude Bellingham in January are nil – and there’s no guarantee the England international will sign up for Liverpool and will not decide for Real Madrid or Manchester City.

Wolves’ Matheus Nunes, a player who has long been on the Reds ticket, will also have to wait until the summer as he has already played for two clubs this season.

Anfield sources say they are unlikely to announce another signing after Cody Gakpo’s €52m signing later this month, but we’ve seen in the past two January transfer windows that Liverpool are ready, even late to strike when an opportunity presents itself or when the need becomes too great to ignore.

Against this background throws SPOX a look at some of the players who could find themselves on the Reds’ radar over the next three weeks.

The 21-year-old Brighton midfielder is a player clearly destined for the Champions League club. And the fact that the Ecuador international has recently switched agents suggests he and his camp are preparing for a move in the near future.

Whether Brighton would want to sell mid-season and at a time when the club themselves have European ambitions is another matter, although a transfer fee rumored to be between €53m and €71m is certainly doable for a club like Liverpool is within the realm of possibility. However, club circles have downplayed the rumor of an impending deal.

What about Caicedo’s teammates? Mac Allister is a hot topic after playing a key role in Argentina’s World Cup win. And he, like Caicedo, is already being linked with a move to a bigger club.

The 24-year-old is reportedly interested in Chelsea, who is currently coached by former Seagulls boss Graham Potter. Mac Allister possesses a versatility that could be of great importance for a club like Liverpool looking to have an immediate reinforcement.

It seems strange that a player like Tielemans, who is 25 and has a lot of experience and potential, has not signed a new contract with Leicester nor attracted enough interest to secure a move from the King Power Stadium .

The Belgium international’s contract expires in the summer, meaning a move at a cheaper price is possible in January. His Premier League experience and ability to score goals from the right side of midfield could make him an interesting option for Liverpool, particularly as Jordan Henderson and Harvey Elliott have not really thrived in that role this season.

A few years ago, the Borussia Mönchengladbach midfielder was on Liverpool FC’s radar but a move for the 25-year-old didn’t materialize. Neuhaus is currently working on his return from a knee injury sustained in September.

He hopes to return to action later this month. With only 18 months left on his contract, it will be interesting to see if Liverpool reignite his interest. It seems unlikely, but the same thing happened with players like Mohamed Salah.

It wasn’t long ago that the Lyon star was on the verge of a move to a top Premier League club, with Arsenal and Liverpool being the most frequently mentioned. However, like Tielemans at Leicester, the 24-year-old is out of contract and could be available at a low price now. He is undoubtedly a great talent but whether Aouar can provide the physical presence Liverpool FC need is another question.

One of the heroes behind Fulham’s superb Premier League season, Palhinha is a player well known to Liverpool’s scouting department and was a steal when he joined from Sporting in Lisbon last summer for just €24m.

At 27, he should be in his prime, although Liverpool tend to look to younger players when it comes to investing heavily in key positions.

A player who Liverpool FC knows very well and has been linked with in recent weeks – much to the Dutchman’s delight.

Koopmeiners ticks many boxes in terms of his age (24), physical profile and the experience he has gained with AZ Alkmaar, Atalanta and with the Netherlands national team. His versatility, being able to play both as a midfielder and in attacking midfield, is also attractive but he wouldn’t come cheap given he’s a key player at Bergamo.

Another player consistently linked with a move to the Premier League and who was among France’s top performers at the last World Cup. Rabiot’s contract also expires in the summer, although Juventus would like to keep him in Turin. He will be 28 in April but would bring a wealth of experience at the highest level alongside his undisputed quality.

The Moroccan was one of the stars of the World Cup and was linked with Liverpool immediately after the tournament, but club circles downplayed the Reds’ interest.

The 26-year-old, who plays for Fiorentina, is more of a defensive midfield specialist and thus has different strengths to the previous players on this list. He would provide stability and energy but his price will have been boosted by his performances in Qatar.

Who remembers 2016 when everyone was talking about Dahoud? Six and a half years later, the two-time Germany international is out of contract with Borussia Dortmund after failing to fulfill the potential he showed early in his career at Gladbach. As with Neuhaus, Liverpool are unlikely to rekindle his interest but the Reds have certainly liked him in the past.

Koné is another Bundesliga player. He is active at Borussia Mönchengladbach and has already been associated with a move to Newcastle, among other things. At 21, the Frenchman seems to have a bright future ahead of him. His versatile skills could make him more than interesting for a club like Liverpool.

A name that has been on Liverpool FC’s list for a number of years and that could join the long list of successful Salzburg players. Sucic is only 20 years old, the Croatian’s versatile game should make him more than interesting for every top club.

He’s more of a creative player and goalscorer than a destroyer, but Liverpool’s relationship with the Red Bull group is good – and Sucic is a player with great potential.

The Norway international, who was repeatedly linked with Liverpool last summer, has been one of the Championship’s best players this season with Sheffield United. And he certainly has the quality and potential to play at a higher level. The 24-year-old wouldn’t cost the earth either, although the jump from Bramall Lane to Anfield would be quite a big one.