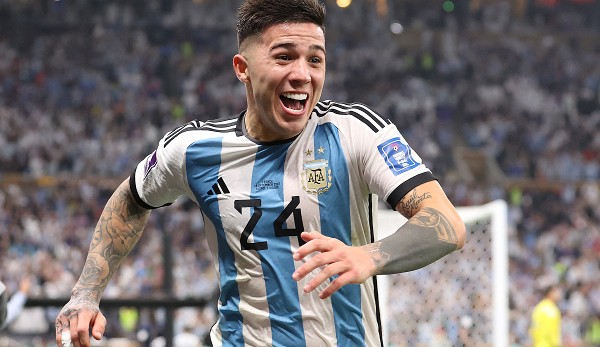 Chelsea’s new manager Graham Potter is remodeling the Blues to his liking. The face of the squad will continue to change in January. These players could move to Stamford Bridge.

Potter’s start at Chelsea was rocky. After all, the Tuchel successor had the unusual advantage that he could work away from the public for six weeks with the players who did not take part in the World Cup in Qatar.

However, a sharp drop in form ahead of the World Cup break means Potter and new owner Todd Boehly likely have more work ahead of them than they anticipated – especially after lavish summer spending on new stars like Raheem Sterling, Kalidou Koulibaly, Marc Cucurella and Wesley Fofana.

The question that those in charge must ask themselves is whether cosmetic changes in the new year will suffice or whether a complete overhaul of the squad is necessary. The latter would probably be a case for the summer. Striker David Datro Fofana arrived from Molde FK a few days ago but is unlikely to be the Blues’ last winter signing.

The man that Chelsea, according to consistent media reports, is keen to get in January.

The Blues’ midfield is in dire need of a blood boost: Jorginho is not in the condition he was two years ago and both Mateo Kovacic and N’Golo Kanté regularly struggle with fitness problems.

Fernández looks like the ideal addition to Chelsea headquarters after his outstanding World Cup – although his appearances at the World Cup also mean he will cost a fortune.

120 million euros for the 21-year-old from Benfica are under discussion. That’s how high his fixed transfer fee is, and the Lisbon club doesn’t want to give him up under it.

There have been rumors of a change between Monaco’s central defender Badiashile and the Londoners since December. Around the turn of the year, they picked up speed, and a transfer of the defender from AS Monaco for 40 million euros is said to be bagged soon.

Although Chelsea have bolstered their depleted defense with Koulibaly, Fofana and Cucurella following the summer departures of Antonio Rüdiger, Andreas Christensen and Marcos Alonso, Potter would like to have another left foot to add to his defence.

Chelsea like to play with three central defenders, so a certain need cannot be denied. Badiashile is considered a huge talent, fits the profile and is already a French international at the age of 21.

The next young player to appear on Chelsea’s radar and signing according to information from SPOX and GOAL imminent: Andrey Santos (18) will soon become a Chelsea player, cost more than ten million euros and stabilize the midfield in the future.

In his homeland, the teenager is considered a “Brazilian Busquets”. He is strong in passing, dominant in tackles and almost resistant to pressing. In addition, he impresses with a pronounced goal threat.

He scored eight goals in 36 games for Vasco da Gama in Brazil’s Serie B. The step from there to the Premier League is huge. But Santos is said to have the potential to make a name for himself there as a true box-to-box player.

For Potter’s possession-oriented, attacking style, however, a player of Félix’s quality could be the missing cog. Félix is ​​on the market and recently indicated at the World Cup what a great talent he has.

Chelsea, along with a few other clubs, are considered interested, and the modalities are currently being checked. While the Blues are said to be looking for a loan deal, Atlético would like to collect a large part of the 127 million euros for Félix, which the club once transferred to Benfica as a transfer for him.

Chelsea tried the services of the Ajax star very late in the summer transfer window – too late. Álvarez wanted to move to the island. Ajax, however, were unwilling to let him go without a chance to bring in a replacement.

Instead, the Blues opted for a loan deal from Juventus’ Denis Zakaria, which can already be considered a failure given his few appearances.

Signs suggest Chelsea could rekindle their interest in Álvarez. Behind the sweeper is a solid if unspectacular World Cup that saw Mexico eliminated in the group stage.

In the summer, Chelsea are said to have offered more than 45 million euros for the 25-year-old. His contract in Amsterdam runs until 2025.

A deal that may not be as far-fetched as it first seems.

Chelsea need a striker because Armando Broja has injured his cruciate ligament. Moukoko’s contract with Borussia Dortmund expires in the summer and the 18-year-old says he is “not close to” extending his contract.

According to The Athletic Chelsea wants to capitalize on this situation and try to sign the super talent as early as January. However, Moukoko has always emphasized that he wants to concentrate on the back series at BVB.

An obvious option – but perhaps not as realistic as claimed.

Trossard is one of the countless success stories of the Brighton scouting department. The Belgian was one of Potter’s first commitments after he joined the Seagulls in 2019.

Behind the Belgium international is the best half-streak of his career: Trossard scored seven goals and set up three more and seems poised for a move to a Champions League club. At the age of 28, it is said that he would like to change and what could be more obvious than a transfer to his old sponsor Potter?

Trossard’s contract with Brighton is still up, but the club has an option to bind him for a further twelve months. In general, the club is considered not very willing to talk when it comes to selling its players in winter.

Chelsea’s quest for the talented attacking midfielder was hampered in the summer by the sanctions imposed on Russian clubs following the invasion of Ukraine.

Zakharyan himself emphasized in September that he would have liked to switch to the 2020 Champions League winner: “How could I refuse? Of course I said yes. I hope everything will be fine. Maybe in January.” His advisor meanwhile confirmed that there had been further talks.

Zakharyan is already a Russian international at the age of 19. He is considered a skilled ball carrier with a keen eye for passing and impressive technical ability.