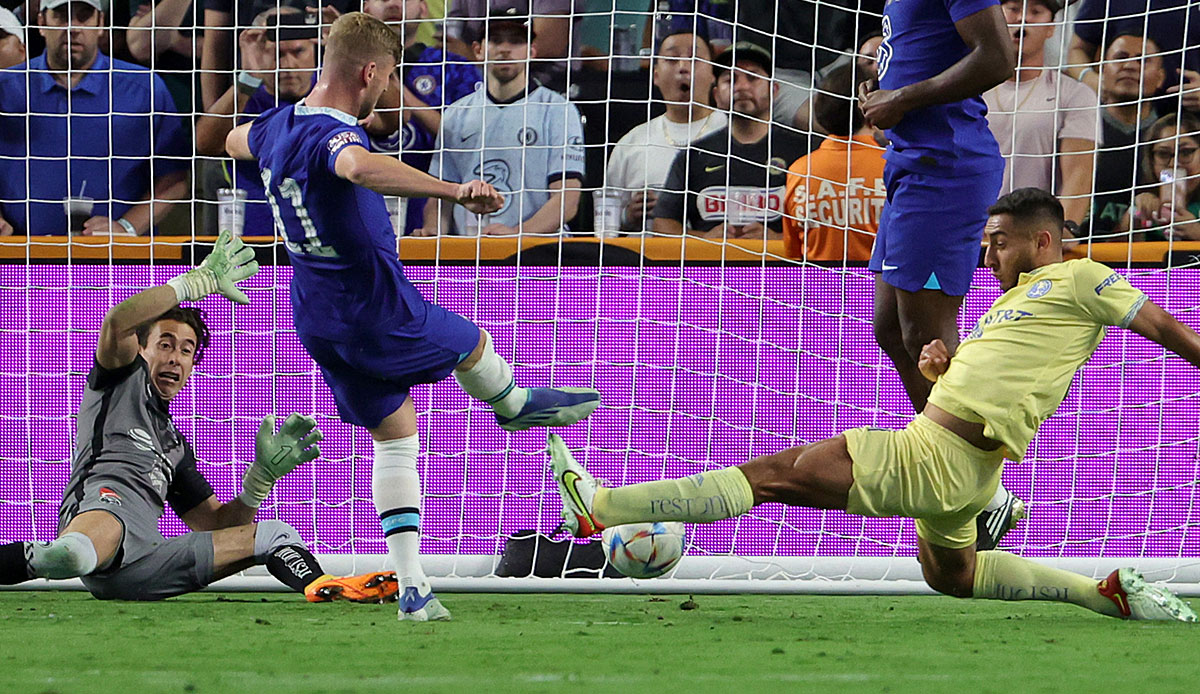 Thanks in part to a goal by international Timo Werner, Chelsea FC won their first pre-season game in the USA. The top English club defeated Club America from Mexico 2-1 (0-0), Werner, who came on after the break, scored the 1-0 in the 55th minute at the Las Vegas Raiders football stadium.

A little later, Reece James (60th) scored an own goal, but Mason Mount (83rd) ensured the success of the team of German team manager Thomas Tuchel shortly before the end.

Chelsea have two more games to play during the USA trip. On Wednesday they face Majors League Soccer team Charlotte, followed by a clash with Premier League rivals Arsenal in Orlando on Saturday.