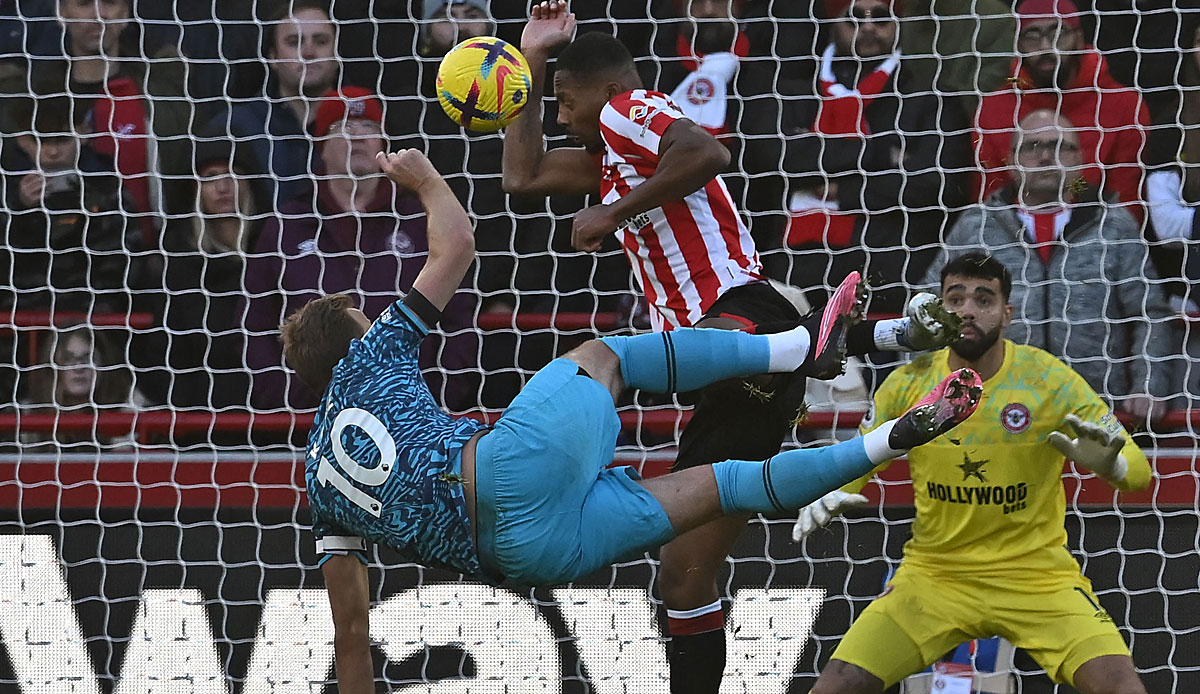 Tottenham Hotspur saved a point in the London city derby at FC Brentford at the start of the traditional Boxing Day in the Premier League. Later, Liverpool FC and Arsenal FC are also in action.

A win at Leicester City can see Newcastle United overtake Manchester City, at least for the time being. Here is the live ticker.

The team around the tragic England hero Harry Kane (sung “You let your country down” by the Brentford fans when they first touched the ball) won a second place with the surprise team that had recently defeated champions Manchester City, thanks to two World Cup drivers :2 (0:1). Nevertheless, the Spurs missed the leap to third place.

Brentford will have to wait for their first win against Tottenham since 1948. Hamburg-born Vitaly Janelt (10th) and striker Ivan Toney (54th) each scored for the hosts, Kane (65th) and ex-Munich Pierre-Emile Höjbjerg (71st) equalized.

The guests, who got stronger and stronger after the break, included the five Qatari participants Kane, Eric Dier (both England), Heung-Min Son (South Korea), Ivan Perisic (Croatia) and Höjbjerg (Denmark) in the starting XI.

Kane also secured a record with his goal: With ten goals in a boxing day, he is now the sole record scorer, Robbie Fowler scored nine times. Kane scored for the first time against Leicester in 2014, followed by a hat-trick in 2017 against Southampton.

Premier League, Boxing Day: All games at a glance