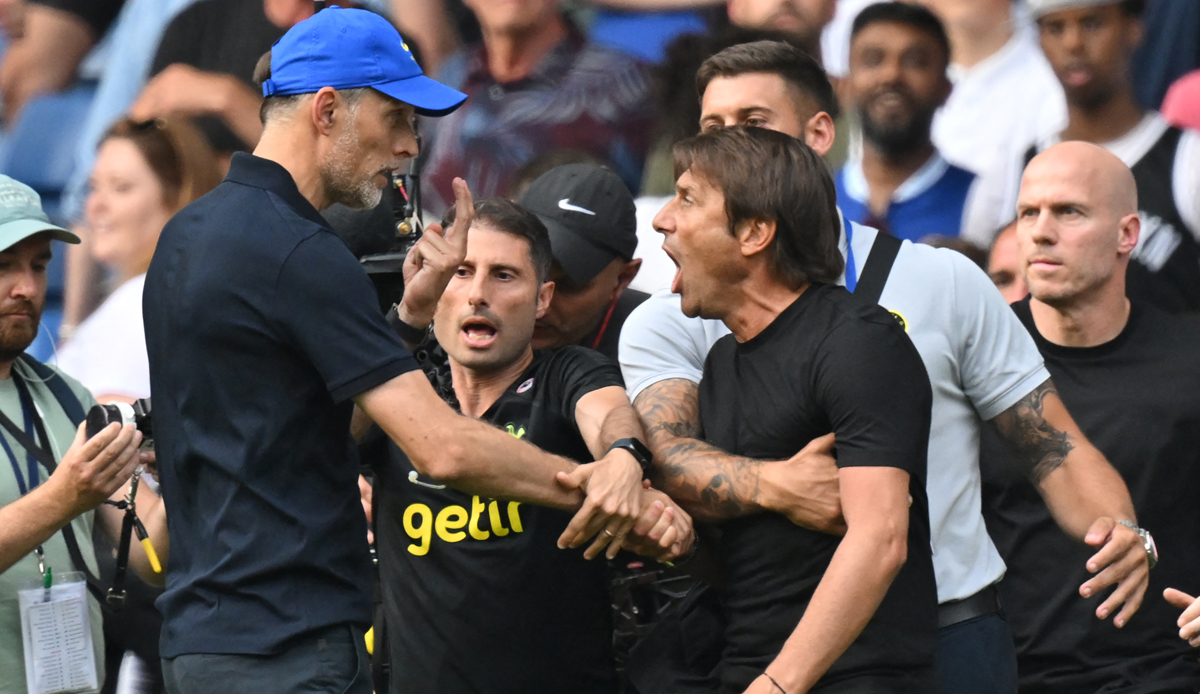 Thomas Tuchel and Antonio Conte have to answer for their emotional disputes on the sidelines of the London derby between Chelsea and Tottenham Hotspur (2: 2).

The English Football Association FA accused the two team managers on Monday evening of inappropriate behavior, both of which are threatened with suspension for the upcoming games.

“Thomas Tuchel and Antonio Conte have both been charged with breaching FA Rule E3,” the FA said in a statement. Both coaches have until Thursday to explain the incidents. Tuchel and the Italian Conte had two heated arguments on the sidelines of the league game on Sunday evening and were both sent off with red cards after the final whistle of the game.