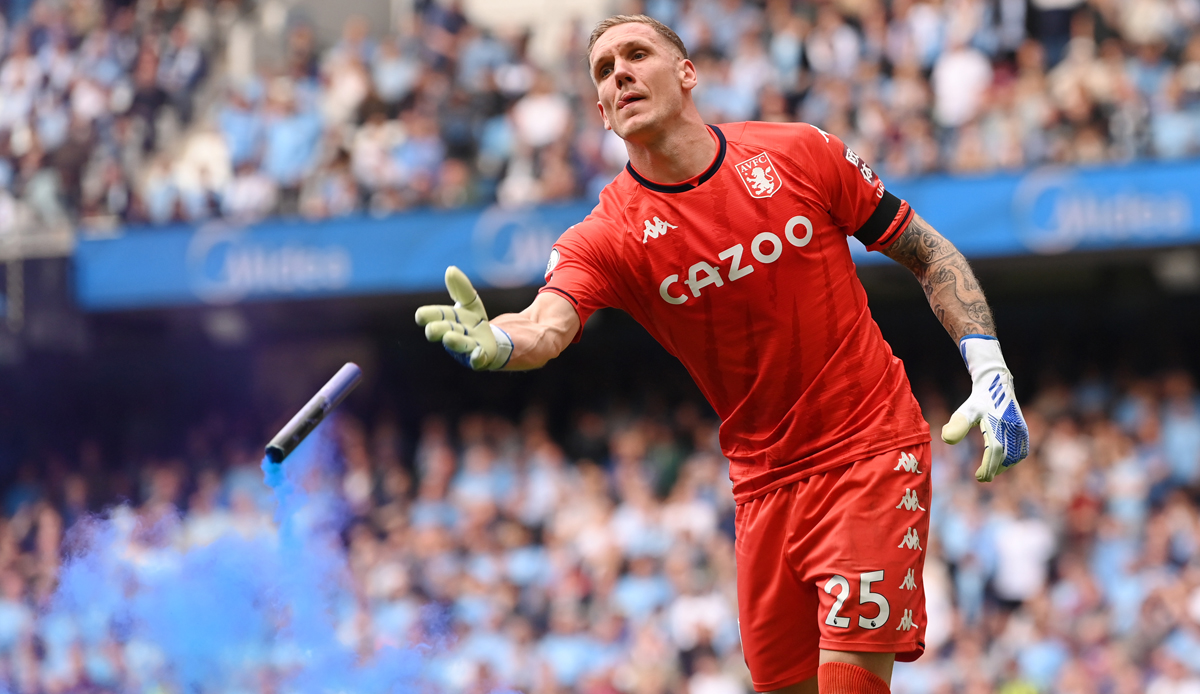 Aston Villa goalkeeper Robin Olsen was attacked after the last matchday in the Premier League at Manchester City (2-3). Cityzens fans stormed the field after the final whistle to celebrate winning the championship again. It came to the attack on Olsen.

Villa coach Steven Gerrard was then asked if his players would have made it off the field safely: “The answer to that is no,” said the ex-professional. “My goalkeeper was attacked. You should ask Pep (Guardiola, editor’s note) and Manchester City questions about this. We will now check if he is okay.”

Eventually, Olsen was escorted off the field by security guards, holding his face. Manchester City apologized in a statement to Olsen for the incident and announced an investigation. The attacker or attackers are threatened with a stadium ban.

City had bagged the eighth championship title in the club’s history after a dramatic game, including a 0-2 deficit in the long-distance duel with Liverpool. The Skyblues supporters stormed onto the field right after the end, where the Aston Villas players were still standing.