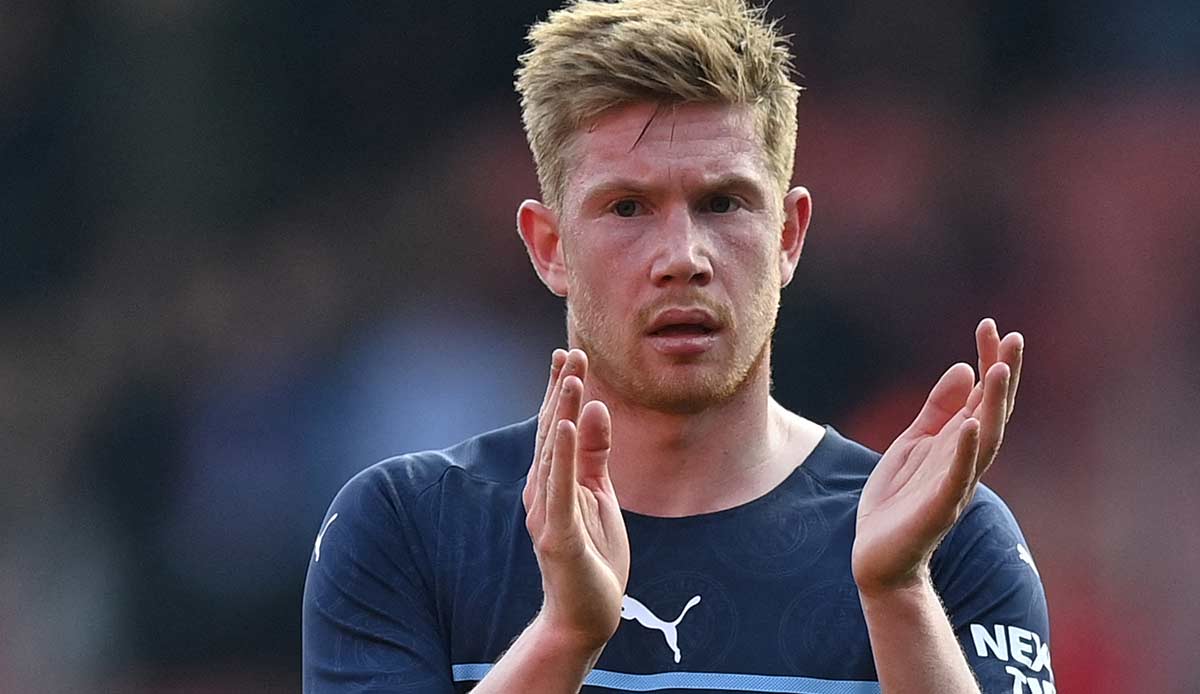 The cup victory with Wolfsburg is considered De Bruyne’s final breakthrough – but it almost didn’t happen. The reason: Atletico Madrid.

It is May 30, 2015 when Kevin De Bruyne stretches the DFB Cup into the Berlin night sky. The Belgian has just crowned his sensational season in the jersey of VfL Wolfsburg, his goal in the 3-1 win over BVB is the icing on the cake of a season in which he finally presented himself to the football world as a world-class player. A real satisfaction after years as one of the numerous Chelsea permanent loans.

While Dortmund’s coach Jürgen Klopp failed to win the title in his last game on the black and yellow bench, those responsible in Wolfsburg were celebrating the first cup triumph in the club’s history.

You know: this would not have been possible without the brilliant De Bruyne. But what they also know: The playmaker almost never came to the wolves in the first place.

De Bruyne: Almost to Atletico Madrid instead of Wolfsburg

The fact that De Bruyne almost ended up at BVB is now well documented. What is less known, however, is that the Bundesliga wasn’t the only option for the midfielder. When Wolfsburg made him the club’s then-record transfer in January 2014, the Belgian is also in advanced negotiations with Atletico Madrid. And not for the first time.

The Rojiblancos want to get De Bruyne in the summer of 2013, but the deal doesn’t go through. In the winter of 2013/14 things will become more concrete. The Atletico responsible Andrea Berta meets with him – and even if today’s superstar the Belgian newspaper Het Laatste Nieuws After revealing that he “wasn’t sure”, that he “would have really liked to play in Madrid”, he also says that the club was “a good option” for him.

Inconceivable today: At the time of the negotiations, the then 22-year-old, who was able to convince during his loan to Bremen, has been a permanent reserve again since his return to Stamford Bridge. Atletico at least want to loan him out. What sounds like a good deal for everyone involved fails, of all things, because of the Blues: there are fears that De Bruyne will not be able to collect enough minutes of play in the top-class midfield of the Spanish capital club. Chelsea don’t want to let him go – then comes Wolfsburg. And beckons with a whopping 22 million euros.

Regulars at the bottom – top earners in their own league: City salaries

At City, De Bruyne will become one of the best players in the world

A loan is of course out of the question with such a sum, De Bruyne is sold to Wolfsburg. He will play in the Autostadt for a year and a half before the big Manchester City comes knocking. The Skyblues put 76 million euros on the table – the wolves cannot refuse that.

In the years that followed, “KDB” showed that he was worth every penny of the high fee and developed into one of the best players of an entire generation. The title with Wolfsburg is joined by several Premier League trophies, even if the dream of winning the Champions League or an international triumph with Belgium has so far remained elusive. And yet the superstar will also remember one of his last games in the green and white jersey: winning the cup, which almost didn’t happen.