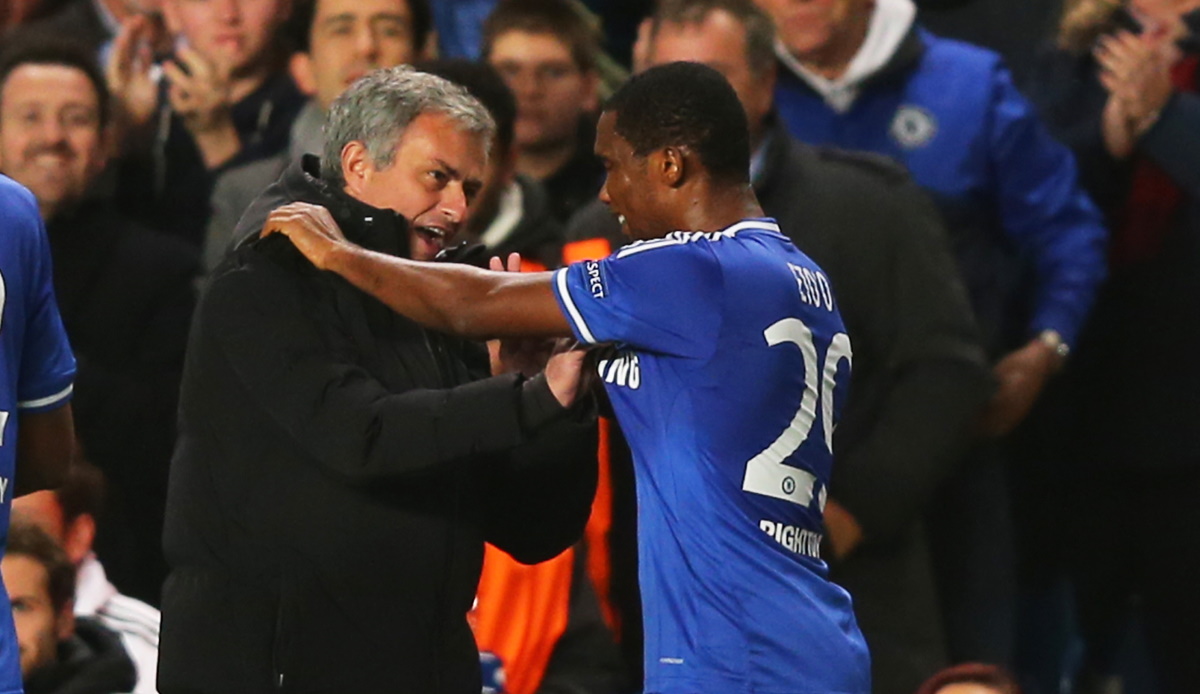 Jose Mourinho brought Samuel Eto’o to Inter in 2009. Originally, “The Special One” wanted to lure the Cameroonian to Chelsea years earlier.

Jose Mourinho and Samuel Eto’o have always had an extremely ambivalent relationship. Between dislike (Eto’o called Mourinho a “dork”) and pure appreciation (“I was lucky enough to be his player”) there was felt the whole range over the years.

Mourinho wanted Eto’o back in 2006

During his time at Barca, the Cameroonian initially perceived the then blues coach as a motivating factor: “When we played against Chelsea with Barcelona, ​​it was not against the players, but against Mourinho, which was particularly motivating for us,” said Eto’o in 2019 at a LaLiga event.

What has been forgotten in many places due to the initial rivalry: Mourinho wanted to guide Eto’o to Stamford Bridge after Barca’s Champions League triumph in summer 2006. “We wanted to sign Samuel Eto’o, he was our goal,” said the Portuguese about seven years later on the Chelsea homepage.

Ultimately, however, those in charge failed to get the striker as Barca crossed the line. “Barcelona said: ‘We don’t sell – it doesn’t matter if it’s a zero more or less, forget it’,” said Mourinho.

Mourinho and Eto’o celebrate CL triumph with Inter: “Nobody would have thought us capable”

Instead, the Blues then opted for Andriy Shevchenko, who came from Milan for just under 44 million euros. However, the Ukrainian was never able to fully build on his glory days at the Rossoneri in London and fell well short of expectations with a meager result of 22 goals in 77 competitive games.

Nevertheless, Mourinho and Eto’o were to work together in the following years – even twice: First at Inter Milan, where they triumphed together in the Champions League in 2010, “which nobody would have expected us to do,” said Eto’o.

They met again in 2013, when Eto’o spent a season at the senior footballer age during Mourinho’s second term at Chelsea. “I was lucky enough to be his player,” said Eto’o about his time with “The Special One.”