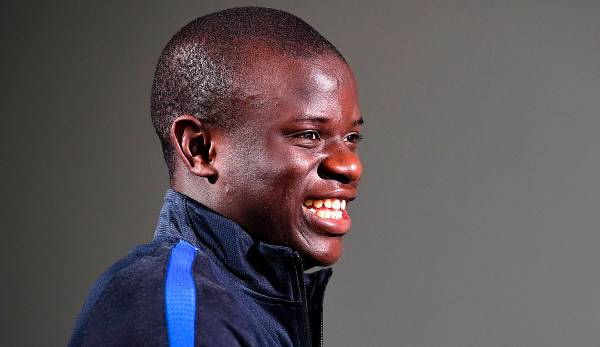 N’Golo Kante is considered one of the most likeable players in the football world. Why? This shows an action by the French from 2019.

When you think of N’Golo Kante, one thing that comes to mind is an outstanding midfielder who would probably be a regular in any team in Europe. On the other hand, you also think of a shy, empathetic and nice person. Because as Kante has often shown: Nobody can fool him, both athletically and personally. He proved the latter in 2019.

Back then, the French midfielder was invited to his daughter’s wedding by a fan, Frank Khalid. First of all, Kante was unable to attend his fan’s wedding due to appointments with Chelsea FC and the French national team. Right, first. Then the 31-year-old should surprise numerous people.

Because Kante picked up an injury and couldn’t join the national team, so he could actually attend the wedding. Unsurprisingly, Khalid couldn’t believe his luck and whipped out his cell phone to capture the curious event on camera.

Kante was immediately well received by the guests. He took photos with them, talked to people about football, and one person’s wish that Kante should join Liverpool FC was listened to by the star player.

Khalid said in conversation with the Sun: “We became friends when I was introduced to him by a friend and he came to my restaurant Chak89.” The Chelsea fan continued: “I invited him and originally he couldn’t attend due to his commitment to the France national team, but due to his injury he told me he was coming.”

In fact, the two now have a deep friendship, with Khalid and his family “being very close to N’Golo and he was one of the first to visit me when I had my triple bypass surgery in April 2018.”

Kante stayed with the wedding until the end

Back to the wedding: Khalid gave more insight into the celebratory evening, revealing Kante “stayed to the end and was so kind to everyone, signing autographs and taking selfies with the guests. He’s an amazing person with a heart of gold.”

In any case, at the latest after this action, you can no longer deny N’Golo Kante the golden heart. And who knows: maybe the 31-year-old will soon surprise the next Chelsea fan.