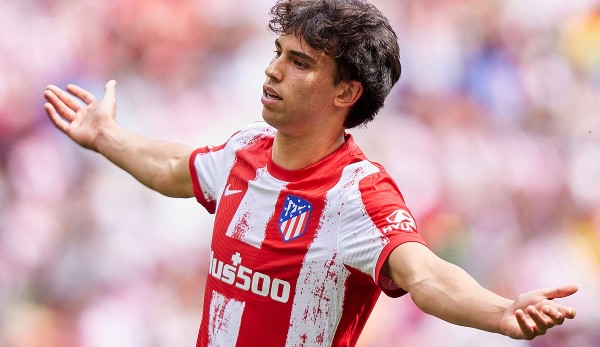 It is official! João Félix is ​​on loan to Chelsea from Atlético Madrid and is expected to alleviate the Blues’ problems in attack. But it has never been effective…

Chelsea were desperate for a striker who would actually be able to score goals on a regular basis. The Blues have now turned to Atlético Madrid’s João Félix in their latest attempt to remedy their goal slump with the support of their new, well-spending owner. Another player who is anything but a real snapper and who has no fixed position.

Still, Chelsea can afford the hefty €11m loan fee for a few months to sign the 23-year-old from Atlético, where he has had little success since his mega €127m transfer from Benfica in 2019.

It is hoped that the versatile Félix will be able to provide some relief to Chelsea’s ailing attackers. Scoring a lot of goals himself shouldn’t be his main task.

Félix was regularly used as a striker in a double at Atlético Madrid. So, in theory, that’s a role he can play.

However, he hasn’t exactly made a splash in this system and while it’s important not to look solely at the numbers when evaluating a player, there is only one number that counts for a centre-forward: goals. And Félix has scored just 25 in 96 appearances for Atléti.

But he’s also unlikely to get a chance to play in a two-man attack at Chelsea.

Chelsea head coach Graham Potter has regularly changed his formation to find a recipe for success, but more often than not he has put just one man up front – with a winger alongside the centre-forward or in a 3-4-2-1 lightweight shifted behind.

Across from The Athletic Félix said last year: “My best position is that of second striker. There I can play like a number ten, with a man in front of me.”

That opinion may have changed since his impressive performance at the World Cup, where he started on the left flank, despite playing as a second striker in the LaLiga games immediately before and after Qatar 2022.

However, for Félix to play as a hanging striker in a 4-3-3, Chelsea would need the manager’s favourite, Mason Mount, on the bench. And that doesn’t seem to be an issue.

Should Potter return to a 3-5-2 once Reece James is fit again, Félix could be looking more attractive as the free spirit behind Kai Havertz.

A few years ago that would have been a really tempting prospect, but Félix and Havertz – both 23 years old – have yet to fully realize their seemingly limitless potential.

João Félix on the left

Having rarely played in that position in the past, we’ve seen Félix play on the left winger on several occasions this season – at both club and country level.

Especially at the World Championships he made a good impression as a winger pulling inwards. He was able to drift wide, win the ball and use his tackling skills to get into the middle and shape the game with his lightning-fast ideas.

In Qatar he made two good assists in such situations and Potter certainly hopes that Félix will be able to serve his favorite centre-forward Havertz in the same way in the passing game with the same qualities.

The physicality he displayed during Portugal’s ill-fated tournament will give Chelsea hope he can make it to the Premier League too.

Félix is ​​resistant to pressure when it counts. He also likes to take a foul from his opponent after turning it in – something he shares with his Chelsea pre-predecessor Eden Hazard.

On paper, Félix faces a lot of competition for a place at Chelsea. In fact, he would certainly be an improvement over Christian Pulisic or Hakim Ziyech in their current form. And Mount prefers to see Potter in a slightly deeper role anyway.

Therefore, Félix will probably be used mainly on the grand piano in the blues. With Raheem Sterling on the other side as a potentially congenial partner.