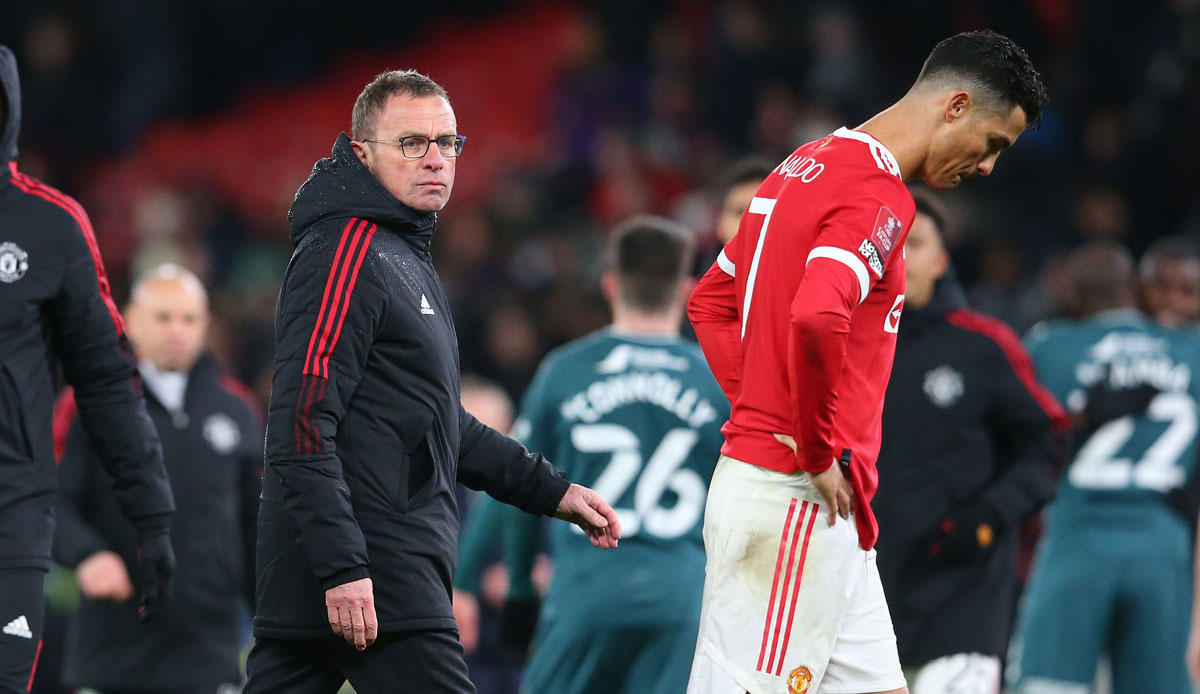 Early exit in all cup competitions, far behind in the championship. Manchester United’s season looks like a disaster. We want to know from you who the Red Devils’ biggest disappointment is this season.

Manchester United put a proud 140 million euros on the table in the summer, including 85 million for Jadon Sancho alone. However, success did not return to the English record champions.

Even a change of coach from Ole Gunnar Solskjaer to the interim solution Ralf Rangnick, who is to act as an advisor after the season, did not bring about the turnaround. Neither is the return of the prodigal son: Cristiano Ronaldo.

United are currently only sixth in the league with 54 points after 33 games. In fourth place, which would mean qualifying for the Champions League, the gap is three points. Tottenham Hotspur, however, has two games less in the account. In the FA Cup they were also eliminated in the fourth round (Middlesbrough) and in the League Cup in the third round (West Ham United). In the Champions League it was over against Atletico Madrid in the round of 16.

A change is imminent for the new season. According to Rangnick, it’s pretty obvious “what has to change,” said the 63-year-old: “There has to be reconstruction for the future. If you know what kind of football you want to play and what profile you want for each position, then It’s about finding the players and convincing them to come along.”

After the “shameful” 0:4 against Liverpool, it became clear. It is very clear that they will “get six, seven, eight, maybe ten new players”. Others are threatened with farewell. According to media reports, a new coach is already in the starting blocks with Erik ten Hag. According to information from SPOX and GOAL there are only minor things to be clarified, an agreement could be reached in the near future.

Now you are challenged! Who disappointed the most at Manchester United this season. A player or even Rangnick himself? For app users, this is the way to go!