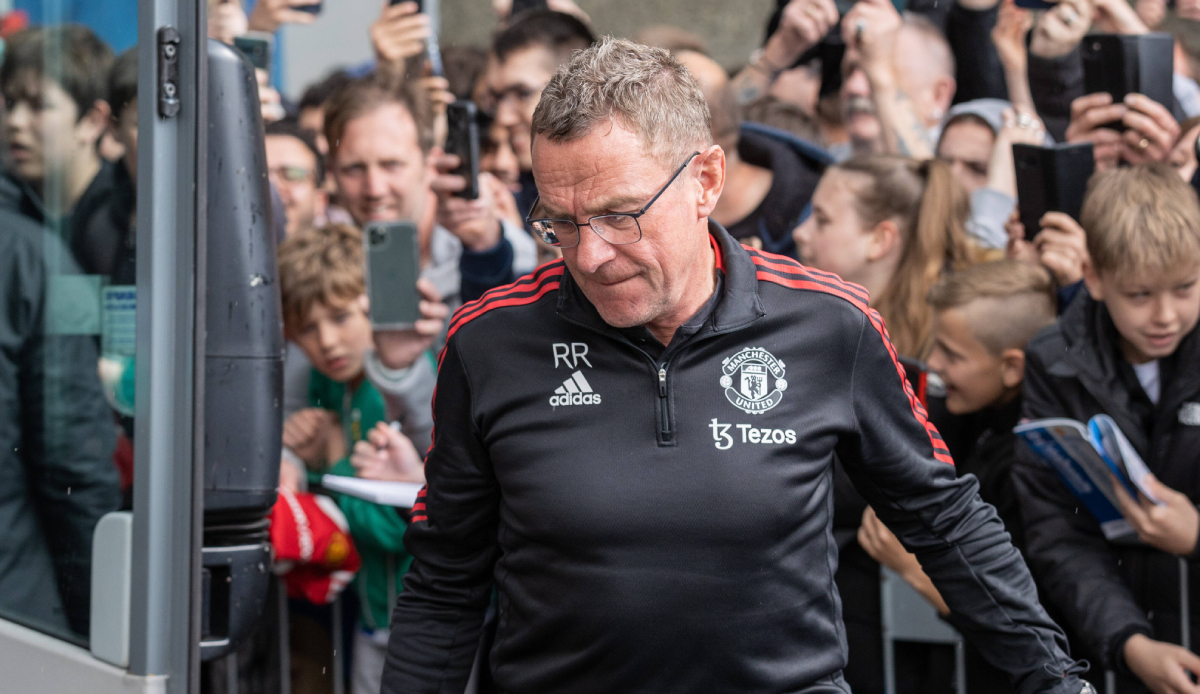 Rio Ferdinand has criticized Ralf Rangnick for his public handling of internal affairs at Manchester United. “Sometimes it’s nice for fans to get a little insight but there’s information they shouldn’t reveal,” the former centre-back explained on his YouTube format Rio Ferdinand Presents FIVE.

The 43-year-old accused the German of airing the club’s “dirty laundry” in public. “You’re still on the job, man, relax, have some respect for the people around you,” Ferdinand addressed Rangnick directly.

The coach says a lot of things “to relieve himself of responsibility” instead of “taking some responsibility” himself because “the team has gotten worse since he’s been there.”

It was “tasteless” that Rangnick dismissed all blame. “If I were the club, I wouldn’t allow them another press conference,” Ferdinand added.

From the summer, Erik ten Hag will take over the coaching chair at Manchester United. Rangnick then moves into a consulting position and takes over as national coach for Austria.