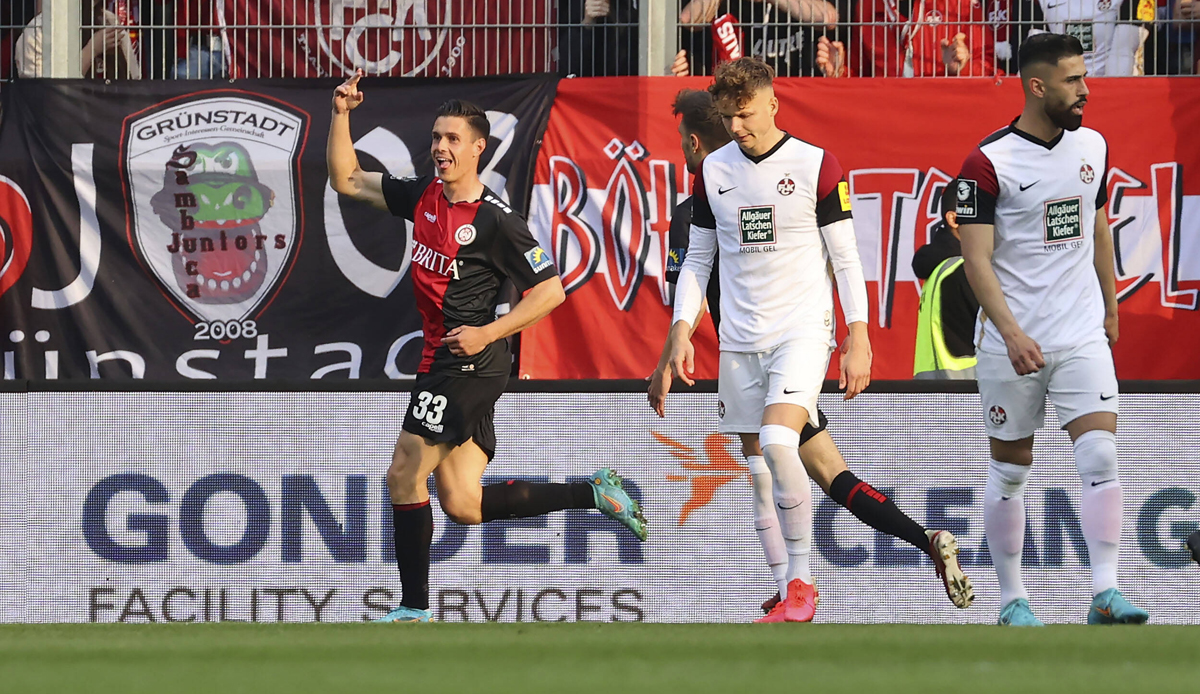 1. FC Kaiserslautern stumbled in the promotion race of the 3rd division. The three-time German champions lost 1-2 (1-1) at SV Wehen Wiesbaden on Friday evening and suffered their first defeat in eleven games without going bankrupt.

FCK remains second with 63 points from 34 games, but Eintracht Braunschweig is close behind with 61 points and one game less. After the withdrawal from Türkgücü Munich, Braunschweig have no games this weekend.