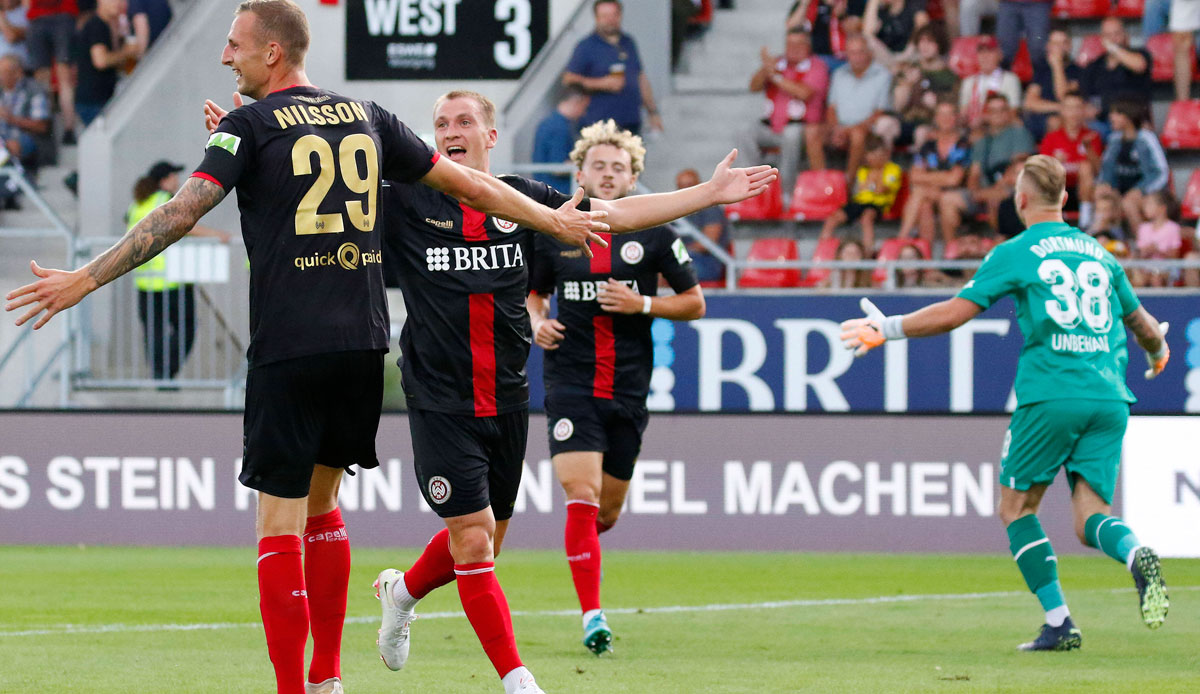 SV Wehen Wiesbaden missed the chance of an opening win in the 3rd division. At the end of the first matchday on Monday evening, SVW led against the second team from Borussia Dortmund, but still conceded the equalizer to make it 1-1 (0-0). The opening goal resulted from a curious mistake by BVB keeper Lars Unbehaun.

Gustaf Nilsson (50th) gave Wehen Wiesbaden the lead in a curious way. Unbehaun suspected that referee Mitja Stegemanns had previously decided on a free kick – but that was not the case.

The other Dortmund players didn’t notice either and stopped playing for a short time. Unbehaun threw the ball in the scorer’s direction to take what he felt was due a set piece. But Nilsson didn’t hesitate and scored the 1-0 with the help of the inside post.

“That was crazy. I actually complained to the referee because my opponent held me up. When everyone screamed: Go, go, go – then I scored the goal. (…) I was actually mad at him Referee. That was crazy. Then I realized the situation. I was a little lucky,” said Nilsson afterwards MagentaSport.

Wehens coach Markus Kauczinski said: “I think we have to go back to the last century that I’ve experienced something like this before.”

Regarding the goal conceded, Preusser said: “I have to talk to him about what he heard. All the better that the game didn’t lose. That would have been a classic otherwise.”