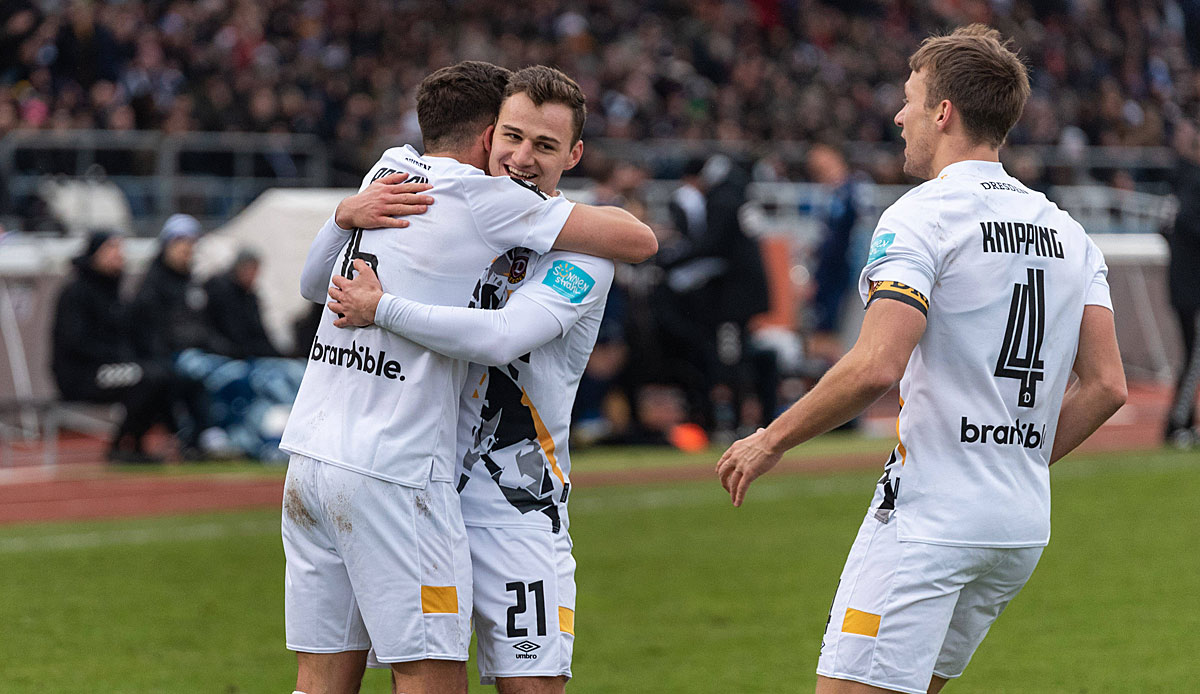 Dynamo Dresden, who were relegated to the second division, ended their negative series in the third division and celebrated a win again after seven unsuccessful attempts. With the 3:1 (0:1) at VfB Oldenburg, the Saxons improved to eighth place.

SV Wehen Wiesbaden settled much further up. With 3: 2 (1: 0) at relegation candidates Hallescher FC, the fourth three in the last five games and the return to second place.

Ivan Prtajin (30′), Thijmen Goppel (59′) and Bjarke Jacobsen (68′) scored for the Hessians, Jonas Nietfeld (74′) and Tunay Deniz (82′) made it exciting again. Ahmet Arslan (64th/82nd) ​​and Dennis Borkowski (71st) were successful for Dresden, Christopher Buchtmann (17th) had given Oldenburg the lead.