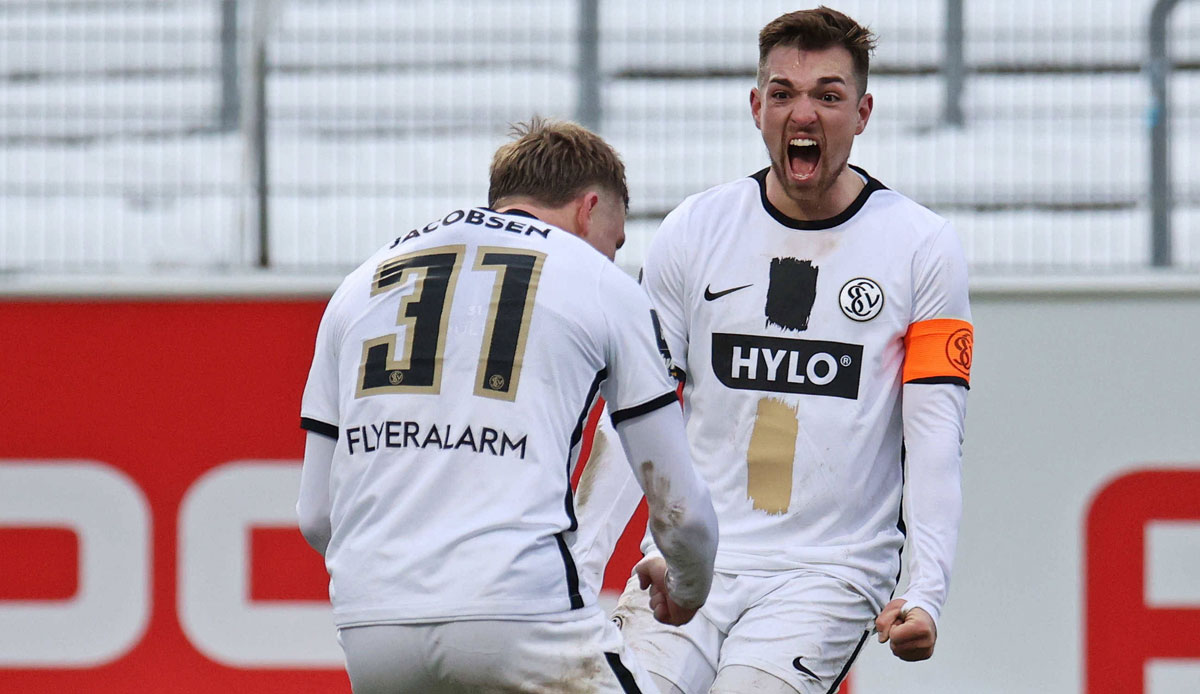 League leaders SV Elversberg have scored their first points after the World Cup break in the 3rd division. A week after the 0:1 at SV Wehen Wiesbaden, the Saarlanders came to a 4:3 (3:1) against FC Ingolstadt. The SVE thus consolidated first place with 44 points.

The SVE had to defend the lead after the yellow-red card for Lukas Pinckert because of repeated foul play (64th) in the meantime outnumbered. But then FCI professional Calvin Brackelmann also saw the traffic light card for foul play (72nd).

1. FC Saarbrücken climbed to second place, at least temporarily, on Friday. The Saarlanders won 2-0 (1-0) at Viktoria Köln and now have 36 points. Wehen Wiesbaden can regain second place behind Elversberg with a win at Hallesches FC on Sunday.

1860 Munich defeated FSV Zwickau 3-1 (3-0), it was the first treble for the lions after five games without a win. Raphael Holzhauser (1st), Fynn Lakenmacher (7th) and Martin Kobylanski (42nd) scored for the hosts. Dominic Baumann (56th) scored the honor goal for the Saxons.

SC Freiburg II won 2-1 (2-0) at SV Meppen with goals from Vincent Vermeij (10′, penalty kick) and Julian Stark (33′). Markus Ballmert (59th) scored the goal for the Emslanders. The Breisgauer are third in the table with 35 points.

Erzgebirge Aue, who were relegated from the second division, achieved their third win in a row with a 4-0 (3-0) win against newly promoted SpVgg Bayreuth and are further away from the bottom of the table. SC Verl and Rot-Weiss Essen drew 1-1 (0-0).