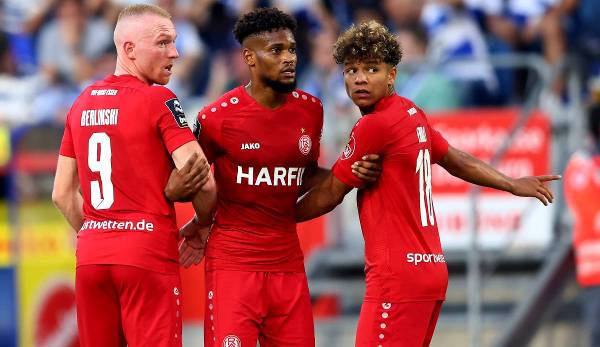 BVB II welcomes Rot Weiß Essen on the 4th matchday of the 3rd division. All information about the broadcast of the game and where you can follow the duel between the two district clubs live on TV, live stream and in the live ticker can be found here.

Rot Weiß Essen is a guest at BVB II this Saturday, August 13th. The match will kick off at 2 p.m. at Signal-Iduna-Park in Dortmund, where the BVB first team also plays its home games.

The season so far has been sobering for the newly promoted team Rot Weiß Essen. Christoph Dabrowski’s team could only get one point in the last three league games. There were also high defeats against Viktoria Köln and SV Elversberg. Rot Weiß Essen got the only point against MSV Duisburg, where today’s guests made a great comeback. A similar performance is required today against BVB II if Rot Weiß Essen wants to celebrate their first win in the 3rd division.

It was just as bad for BVB II on the first matchdays of the new season. Last weekend, BVB II suffered a painful defeat in a 4-0 loss to FC Ingolstadt. However, fluctuations in performance are not surprising at BVB II, many young players, such as Prince Aning or Antonios Papadopoulos, are introduced to the first team in the 3rd division. How is BVB II doing today in the district duel against Rot Weiß Essen?

You can see the turf duel between BVB II and Rot Weiß Essen today exclusively on Magenta Sport on pay TV. Magenta sports starts broadcasting the game at 1:45 p.m. You can also see the game on the broadcaster today in the conference from 1:45 p.m.

Magenta sports also offers you the option to watch today’s game between BVB II and Rot Weiß Essen in the live stream and in full length. You can also watch the encounter as a single stream without a subscription OneFootball pursue.

SPOX Follow BVB II vs. Rot Weiß Essen for you in a detailed live ticker, with which you won’t miss a game scene. Click here for the live ticker from SPOX.