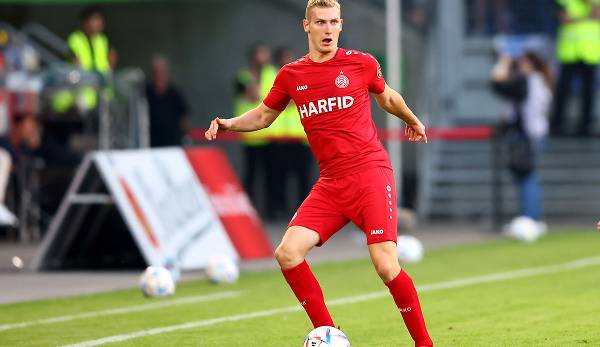 There is still one game left on the 9th match day of the 3rd league, Rot-Weiss Essen and 1. FC Saarbrücken will meet at the end today. You can get the most important information about the game and its broadcast on TV, live stream and live ticker here.

In the last game before the international break, Rot-Weiss Essen hosts 1. FC Saarbrücken this Monday evening. The roles are clearly divided: After a weak start to the season, Essen was only able to stabilize a little in the last four games and get five points, but is still in the bottom of the table. 1. FC Saarbrücken, on the other hand, is playing for promotion to the 2nd Bundesliga this season.

So on paper it’s a clear story, but we’ll find out from 7 p.m. whether the game will end like this. The kick-off is scheduled for this time in the stadium on Hafenstrasse in Essen.

The duel between Essen and Saarbrücken will not be broadcast on free TV today, the pay TV broadcaster MagentaSport responsible for the game. A quarter of an hour before kick-off, he goes on the air.

In addition to the 3rd league, MagentaSport also offers basketball (Bundesliga, Euro League), ice hockey and much more. The cost? That depends on whether you are already a customer telecom are, and how long the subscription can be. The information is summarized here.

If you don’t want to take out a subscription, you can also play the single game at OneFootball Reserve. There the transmission of MagentaSport streamed.

No way to see the match live and in color? Then simply keep up to date with our live ticker!

Click here for the live ticker of the game between Rot-Weiss Essen and 1. FC Saarbrücken.

3rd league, Rot-Weiss Essen vs. 1. FC Saarbrücken – most important information about the transfer