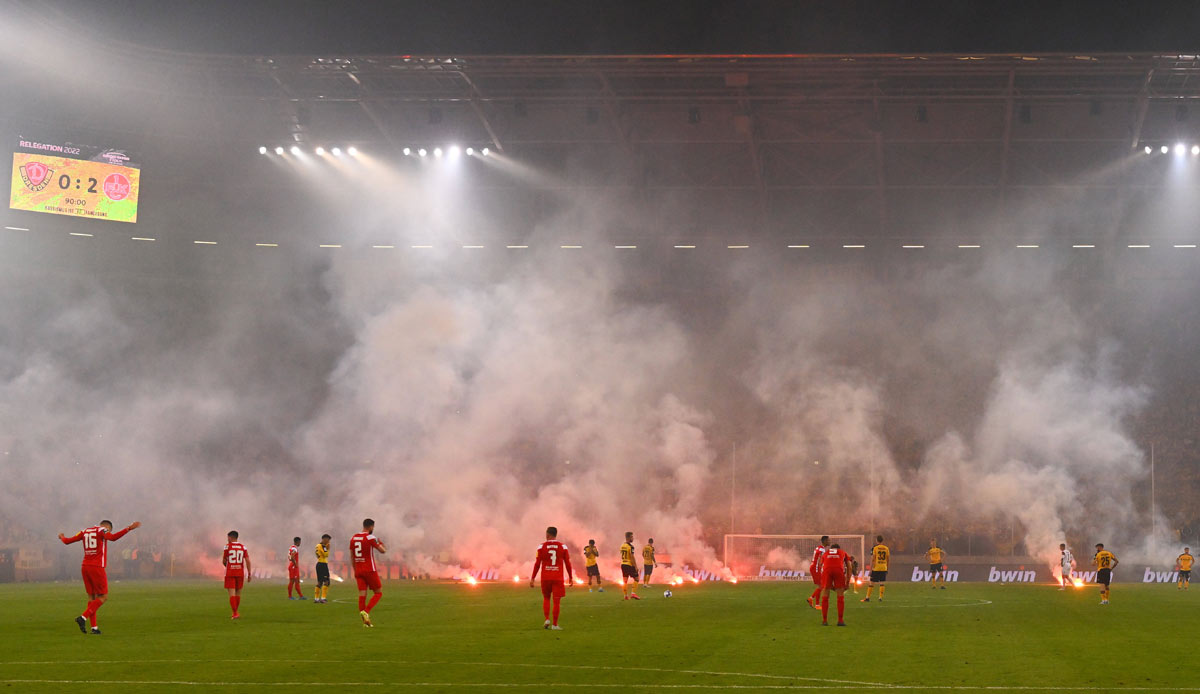 The misconduct of their own fans is expensive for the third division Dynamo Dresden. The sports court of the DFB sentenced the Saxons to a fine of 300,000 euros – because Dresden supporters had burned massive pyrotechnics, especially in the relegation duels with 1. FC Kaiserslautern and provoked a game interruption.

In the second leg against the Palatinate at the end of May, “Dresden spectators burned down almost 200 Pyros and some of them threw them on the pitch, which led to a seven-minute break in the game,” said a DFB statement on Monday.

And further: “About an hour after the final whistle, a small group of Dresden spectators also entered the stadium area without authorization, partially into the cabin area and the team bus, in which case two stewards were injured.”

In addition to the offenses during the relegation games, “the incidents by the spectators” during the game against Schalke 04, when Dresden fans “burned down at least 200 Bengali torches and flashers and shot 20 rockets into the air”, were also sanctioned. As a result, the kick-off was delayed.

The club can use up to 100,000 euros “for security or violence prevention measures,” the DFB said, the fine would then be reduced by this amount.