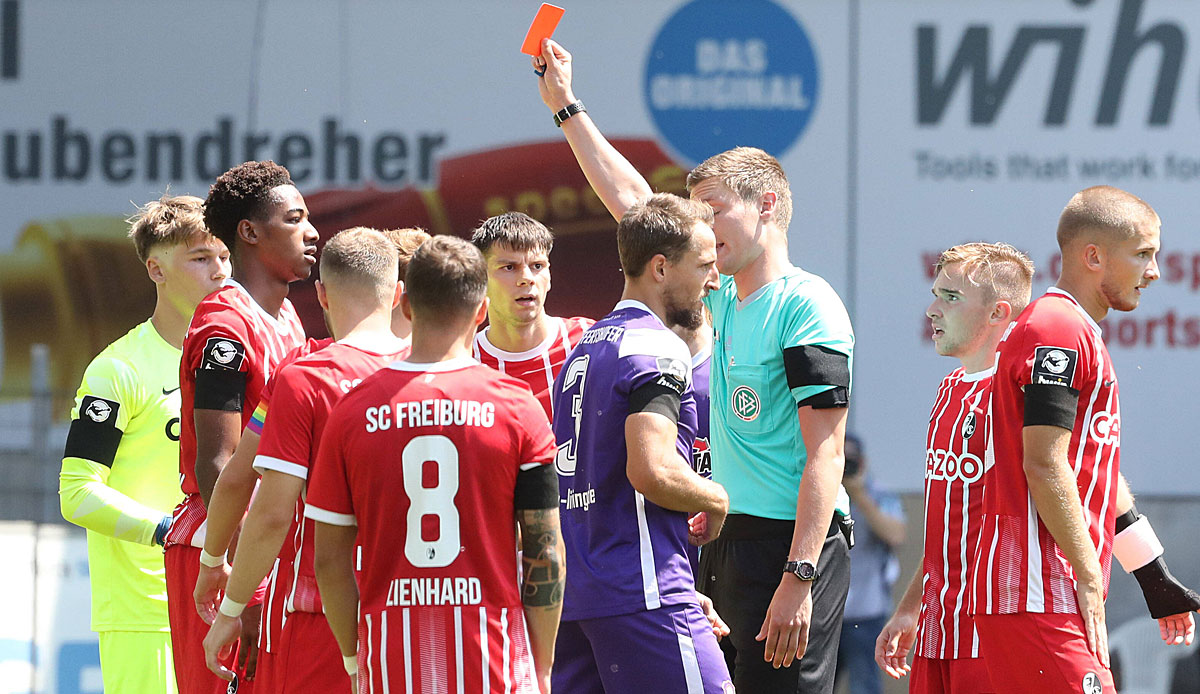 On the 1st matchday of the 3rd league in the game between SC Freiburg II and Erzgebirge Aue (1:1), a player from Breisgau was sent off after an unbelievable 35 seconds.

Kimberly Ezekwem was the last man to stop Aues Tim Danhof with a foul. Referee Florian Exner punished the emergency brake with a red card.

Ezekwem goes down in history, it was the fastest dismissal ever in the 3rd division. For comparison: Marcel Titsch Rivero saw the fastest red card in Bundesliga history to date. In the 2010/2011 season, the now 32-year-old – who worked for Eintracht Frankfurt at the time – saw red in his second and last Bundesliga game to date, 43 seconds after coming on as a substitute due to an emergency brake.

Incidentally, the fastest red card in a World Cup game was Jose Batista from Uruguay in the game against Scotland at the 1986 World Cup. 56 seconds after the start of the game, referee Joël Quiniou (France) drew the red card.

Freiburg fell 1-0 down against Aue in the 3rd minute through Marvin Stefaniak. An own goal by Alexander Sorge (50th) gave Baden the equalizer.