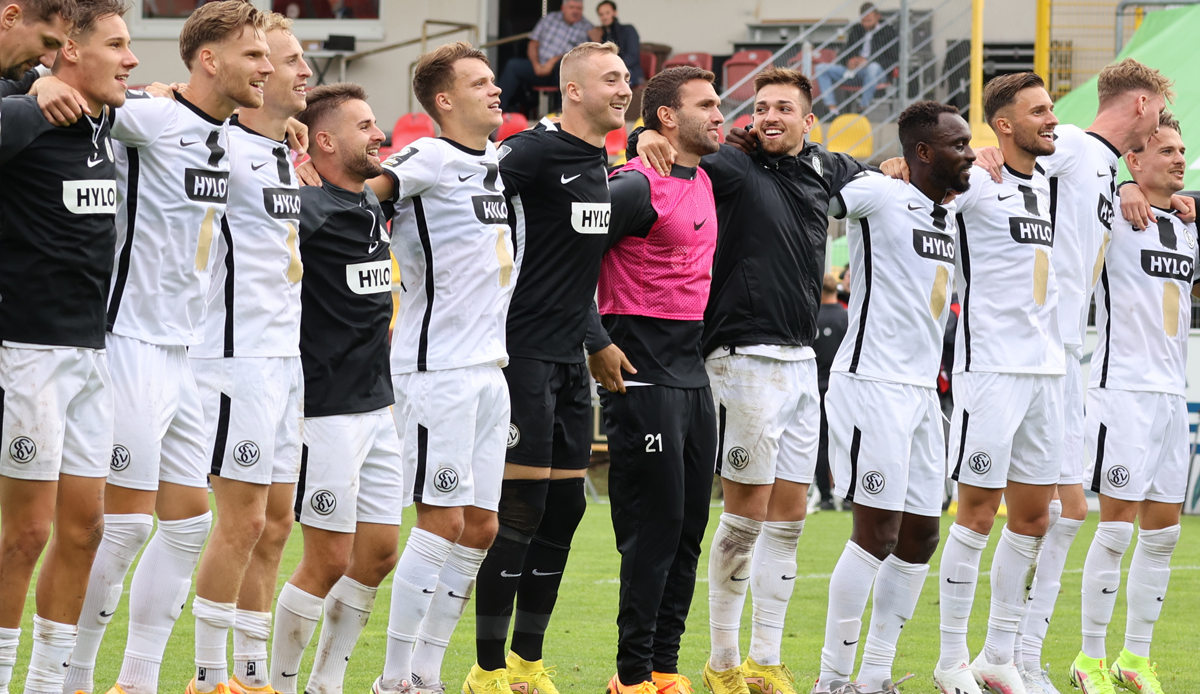 Promoted SV Elversberg has managed to return to the top of the table in the 3rd division. The Saarlanders scored 3-1 (1-1) at Hallesches FC. The Elversbergers again overtook 1860 Munich.

The ex-Bundesliga team came to a 3-1 (1-0) win against bottom side Erzgebirge Aue on Friday. Fynn Lakenmacher (10th/77th/84th) had put together a hat-trick for the lions.

Luca Schnellbacher (4th) put SVE ahead in Halle, but Tom Zimmerschied (13th) made it 1-1 for the home side. Jannik Rochelt (58th) and Manuel Feil (71st) sealed the seventh win of the season for the promoted team. Elversberg and Sixty each have 22 points.

Second division relegated Dynamo Dresden did not get beyond a 1: 1 (1: 1) against FC Ingolstadt. Stefan Kutschke (2nd) gave the Saxons an early lead, but Pascal Testroet (26th) equalized for the Schanzer. In the 87th minute, Ingolstadt’s Nico Antonitsch saw the yellow-red card.