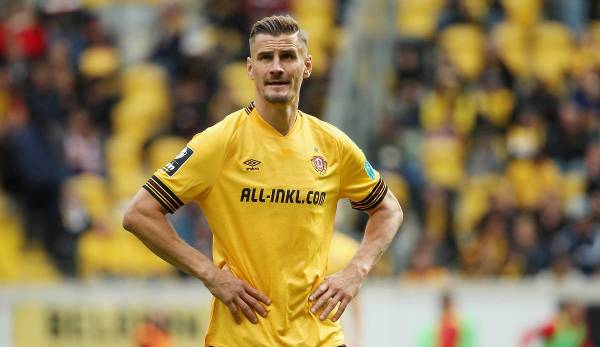 Dynamo Dresden outsiders in a home game in the 3rd division? After all, the Saxons meet fourth-placed SC Freiburg II. You can follow the game in the live ticker here.

After another setback in the fight for promotion to the 2nd Bundesliga (1:2 defeat against Waldhof Mannheim), Dynamo Dresden would like to get back on track in the home game against the reserves of SC Freiburg. We’ll tell you here in the live ticker whether this works.

Dynamo Dresden vs. SC Freiburg II: 3rd league today in the live ticker – before the start

Before start: The overall situation is different in the reserve of SC Freiburg. After all, fourth place is booked. However, there was no victory in the last two games.

Before start: When will Dynamo Dresden finally get going? Only one win from the last five games, plus another defeat in the 1:2 in Mannheim last weekend. It’s just not really going well for the second division relegated.

Before start: Have a nice afternoon and welcome to today’s third division game between Dynamo Dresden and SC Freiburg II. The game starts as usual at 2 p.m.

The 3rd league is a matter for Magenta Sport. The Telekom transmitter broadcasts all games of the season live. You can either be part of the game via a smart TV or online in the stream.

However, the game will not be broadcast on free TV.

Dynamo Dresden vs. SC Freiburg II: The table of the 3rd league