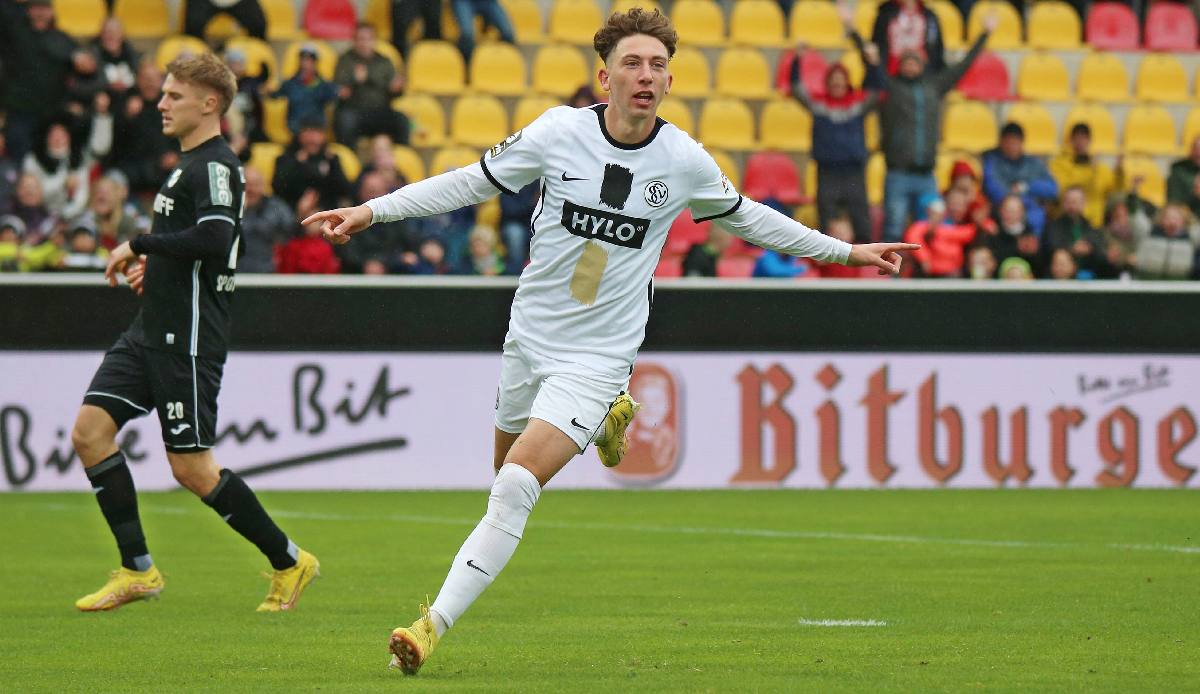 Promoted SV Elversberg has surprisingly lost the lead in the 3rd division. The Saarlanders lost 1:2 (1:0) against SC Verl on matchday 10. Goals from Maximilian Wolfram (61st) and Yari Otto (68th) within seven minutes ensured the losers’ victory.

“We only really got going in the final phase. In this respect, you have to say that Verl deserved it and worked for it,” said Elversberg’s coach Horst Steffen MagentaSport.

The closest pursuer of the Elversbergers, 1860 Munich, handed a 1: 1 (0: 0) at Borussia Dortmund II to return to the top. “It’s annoying that after the 1-0 we didn’t make better use of the switchover situation to make it 2-0,” stressed 1860 coach Michael Köllner MagentaSport. The sixties have 23 points, Elversberg follows one point behind in second place.

In the chasing duel, 1. FC Saarbrücken and SC Freiburg II drew 2-2 (1-0). Freiburg also has 18 points in fourth place, followed by Saarbrücken in fifth with 17 points. Second division relegated Dynamo Dresden did not get beyond a 1: 1 (1: 0) at promoted and tail light SpVgg Bayreuth. The encounter started 15 minutes late because the Dresden fan suit had not arrived on time.

The encounter was overshadowed by riots from guest fans. 14 police officers were injured. In addition, the inventory of a snack bar was destroyed, the damage to property is estimated at 20,000 euros, according to the Upper Franconia police.

On Sunday, Viktoria Köln lost 1:2 (0:0) against newly promoted VfB Oldenburg, who are unbeaten in six games.