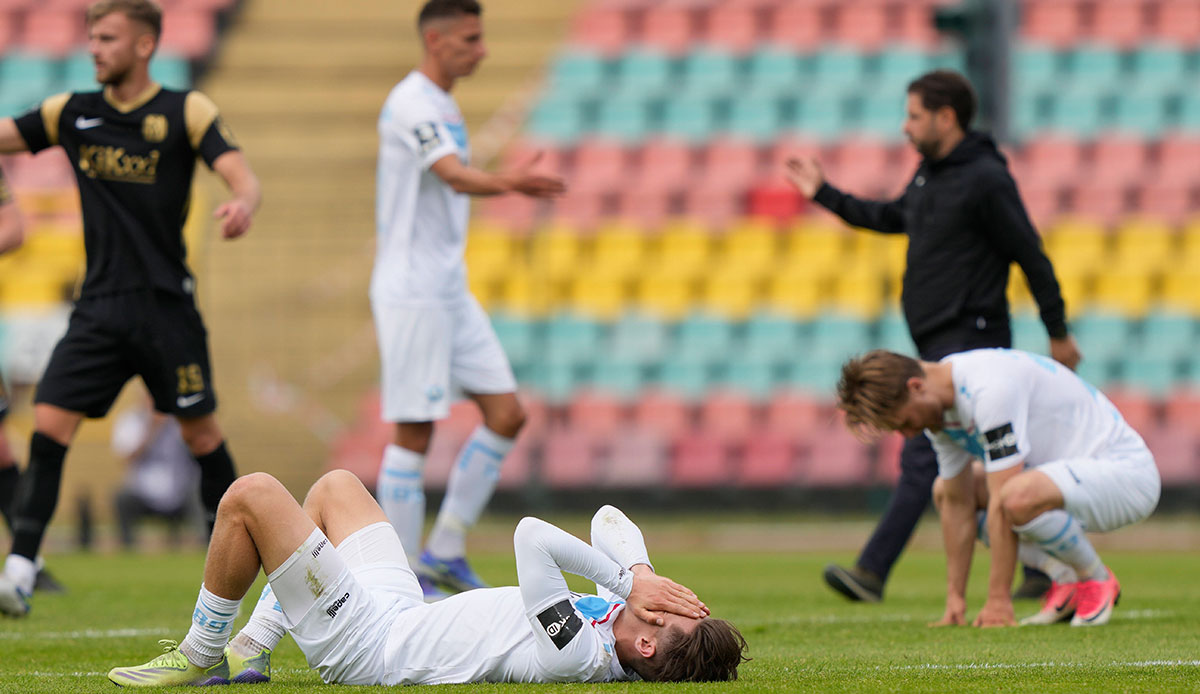 The last decision in the 3rd division has been made: Promoted Viktoria Berlin has to return to the regional league as the fourth team. The capital club – at the beginning of the season briefly top of the table – lost on the 38th and final match day 3:4 (0:0) against SV Meppen.

In the long-distance duel with Viktoria Berlin, SC Verl (40 points) kept the upper hand by beating MSV Duisburg 1-1 (0-1) and thus celebrated staying in the class. Moritz Stoppelkamp (33rd) put the Meiderichs in the lead, Ron Berlinski (49th) scored to make it 1-1 for the losers.

The Würzburger Kickers and TSV Havelse had previously been relegated. Türkgücü Munich was eliminated from the game during the season for economic reasons, all games were removed from the rating.

!. FC Kaiserslautern in the relegation against Dynamo Dresden

Champion and promoted 1. FC Magdeburg reached a 5:1 (1:1) at VfL Osnabrück on the last matchday. Eintracht Braunschweig came second and returned to the second division a year after being relegated. Lower Saxony lost 1-0 (0-0) to Viktoria Köln on Saturday. However, the game had to be called off early because many Eintracht fans wanted to storm the field.

Relegation rank three is occupied by the four-time German champions 1. FC Kaiserslautern, who have home rights in the relegation first leg to the 2nd division on May 20 (8:30 p.m. / Sky and Sat.1) against Dynamo Dresden, third from bottom in the second division. The second leg in Saxony will take place on May 24th (8.30 p.m. / Sky and Sat.1). During the week, the Palatinate had separated from coach Marco Antwerpen after three defeats in a row and hired Dirk Schuster as the new head coach instead.