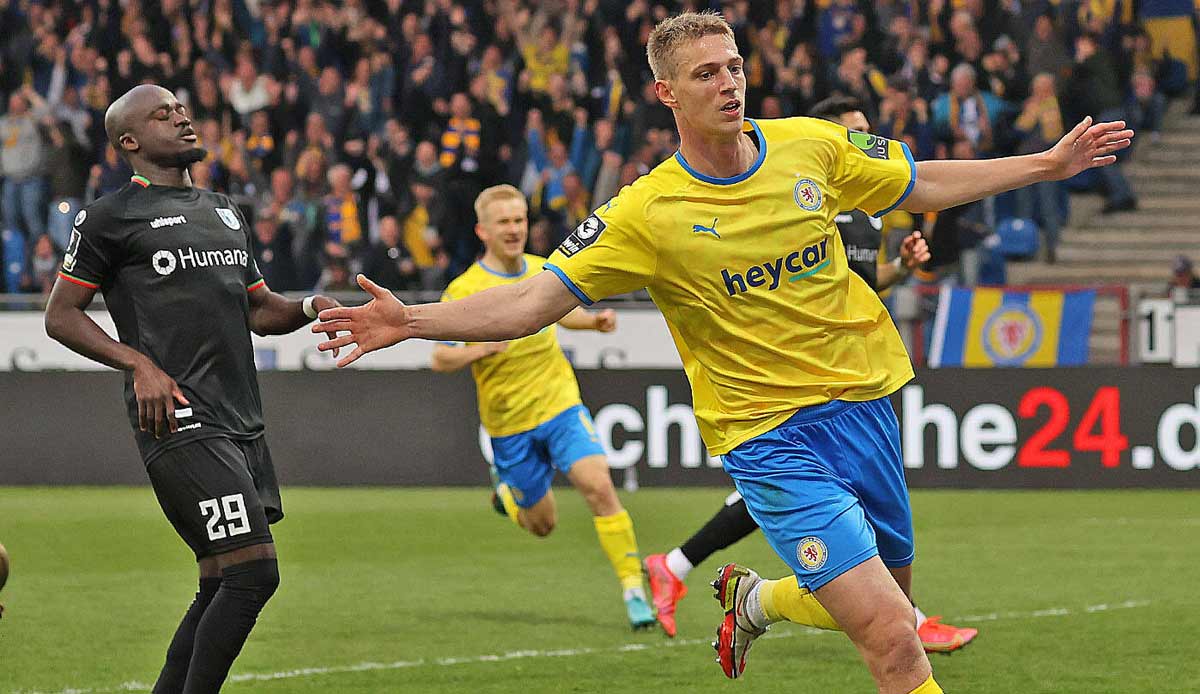 Eintracht Braunschweig has defeated the champions and can now achieve direct promotion to the 3rd division on their own. The Lower Saxony won on the 36th matchday against leaders 1. FC Magdeburg 2:1 (0:0) and climbed to second place. FCM had made the championship and promotion five days earlier against FSV Zwickau (3-0) perfect.

Viktoria Berlin also celebrated an important 2:1 (1:1) against 1. FC Saarbrücken. The advantage over SC Verl in the first relegation zone is four points for the time being.

Magdeburg is at the top with 72 points, the fight for second place remains exciting: Braunschweig (64) is now one point ahead of 1. FC Kaiserslautern, who are in the relegation rank. 1860 Munich and VfL Osnabrück (both 55) have to win their games on Saturday to still have a theoretical chance of promotion in the last two matchdays.