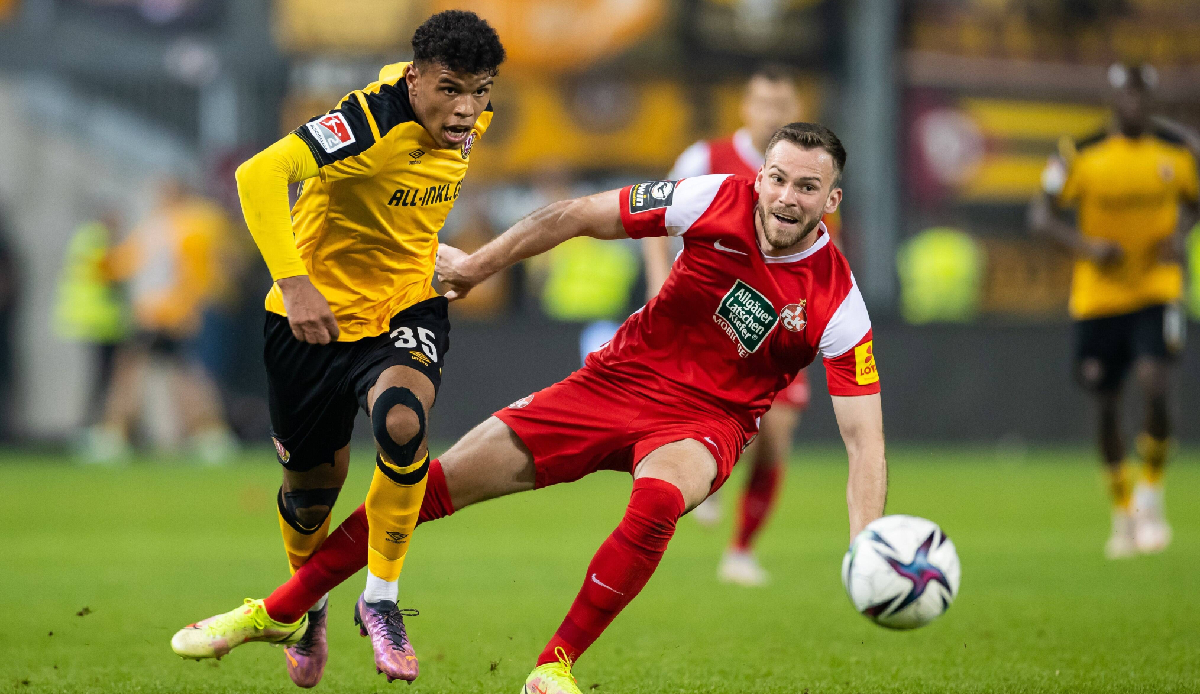 The 0-0 draw between 1. FC Kaiserslautern and Dynamo Dresden was nothing more than a prelude. The fight for second division membership will be decided on Tuesday.

After the game without a winner, everyone wanted to be the winner. Like Dynamo Dresden, 1. FC Kaiserslautern claimed a 0-0 win in the first leg of the relegation match at Betzenberg. The fight for the sovereignty of interpretation made it clear that a real final for the last free place in the 2nd Bundesliga with a lot of explosiveness awaits in the second leg.

“Of course it’s a final. We have just as much chance as Dresden. We want to give Dynamo a big fight,” said FCK trainer Dirk Schuster, looking at the game on Tuesday (8:30 p.m. live ticker): “Nothing happened at all. We can live wonderfully with 0-0 and go to Dresden with confidence. We are well prepared and optimistic. Why shouldn’t we win there?”

After the first leg, however, the question arises as to whether a team is even ready to win. After all, neither the third division third at the premiere of his new coach nor the second division third bottom were able to create real chances to score. Despite the electrifying atmosphere, the game in front of 46,895 spectators in the sold-out Fritz-Walter-Stadion was a real struggle.

“It wasn’t a treat,” admitted Dresden’s Chris Löwe, who used to work for FCK. For his coach there was a simple explanation for the dogged encounter without highlights. “You can see what’s at stake,” said Guerino Capretti: “But I’m happy with the starting position. We’re going into the final with a positive feeling, we’ll improve – and win.”

However, the Saxons are aiming for something that they have not yet achieved in 2022. The Dresdeners are still the only team in German professional football that has not yet won a competitive game this year.

Tim Knipping: “It will really burn at home”

Löwe is nevertheless certain that this negative series will end on Tuesday. “It’s going to be a witch’s cauldron,” promised the veteran: “We’ve seen that we can completely limit Lautern. We don’t need to be afraid.” Defender Tim Knipping sees it similarly: “It’s going to be really hot at home. On Tuesday, a ball goes in for us – and we put the lid on it.”

The four-time champion from the Palatinate is pursuing the same plan. After four years, the Red Devils want to get out of the unloved 3rd division in order to secure a financial plus in the double-digit million range.

“There is a lot at stake,” said managing director Thomas Hengen, who replaced previous coach Marco Antwerpen with Schuster after the playful direct promotion: “We will come up with something to hurt the opponent.”

By the way, there was a real winner on Friday. The West Palatinate police headquarters was able to draw a largely positive conclusion after the game, which was classified as a “high-risk game”: “There were relatively few reasons for the emergency services to intervene.”