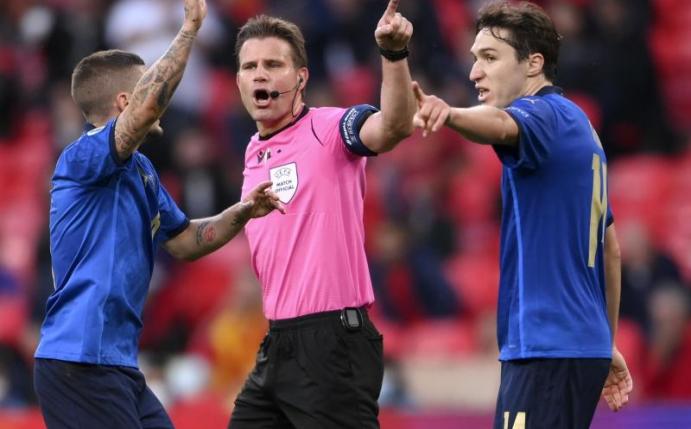 Felix Brych ends his international career as a referee with immediate effect. So far, the Munich man has led 96 European Cup games. The lawyer has made 54 international matches; including two World Cup participations (2014 and 18) and two European Championships (2016 and 2021).

In the future, however, the department head of the Bavarian Football Association will not whistle any further international games.

His greatest achievement: Referee of the Decade

It was only in January of this year that the Upper Bavarian received an award from the International Federation of Football For History and Statistics (IFFHS) alongside Bibiana Steinhaus as referee of the decade. The jury’s reasoning: In seven out of ten annual ratings, Brych was among the top ten best referees in the world. Already in 2017 he received the honor of referee of the year from the same association.

For the first time Felix Brych had to prove his skills internationally in the game between Liverpool and PSV Einthoven in the Champions League in 2008. Other highlights of his career marked the final in the 2016/2017 season, also in the premier class, or the match between Serbia and Switzerland at the World Cup in Russia a year later.

Felix Brych cites physical strain as a reason for withdrawal

With the semi-finals between Italy and Spain at the last European Championship, his career in international business ended after 14 years. He sees one reason for this, according to “kicker”, in the “performance or willingness to perform” that is demanded by referees during such a tournament.

He no longer feels able to access these constantly over a longer period of time. Nevertheless, his departure ends with a record: Felix Brych is the first referee to lead a total of five games at an EM tournament. In contrast, he would like to continue to mix in German professional football.