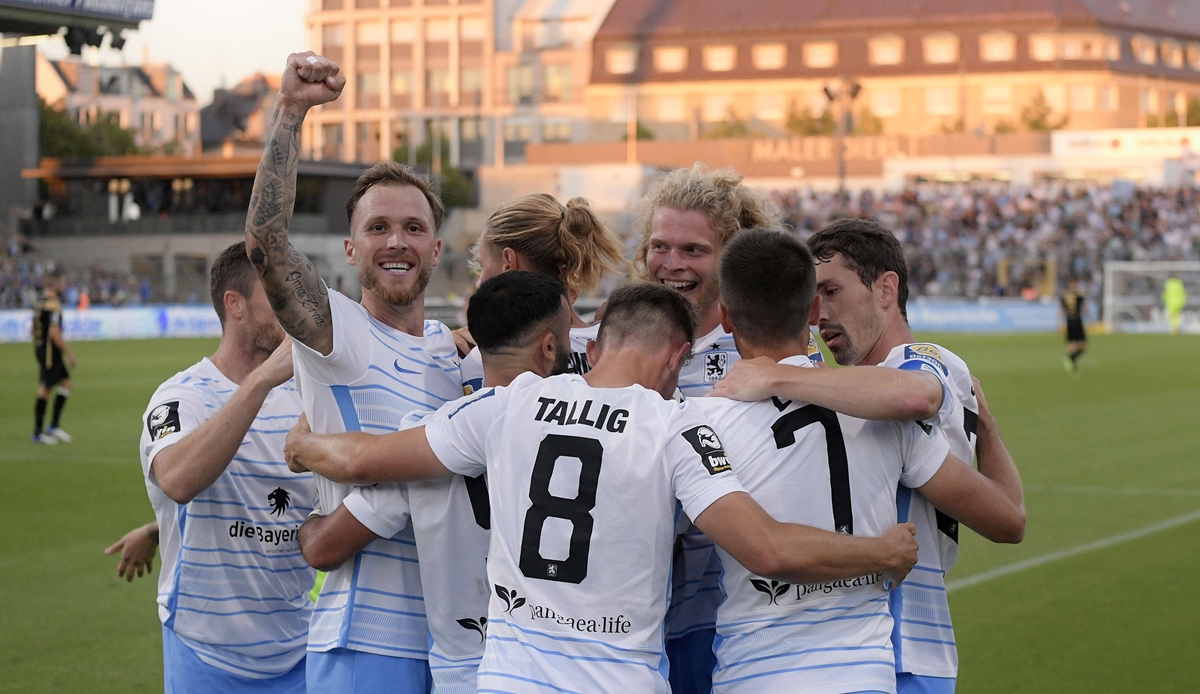 1860 Munich has stormed to the top of the table in the 3rd division with their third win in three games. Coach Michael Köllner’s team beat SV Meppen 4-0 (1-0) on Tuesday and impressively underlined their promotion ambitions. Martin Kobylanski (29′), Fynn Lakenmacher (63’/66′) and Stefan Lex (81′) scored the goals for the lions.

The first pursuer is currently the second representation of SC Freiburg, who won 2-0 (0-0) against bottom side Hallescher FC and jumped to second place in the table. An own goal by Niklas Landgraf (70′) and a goal by Davino Knappe (73′) led to victory for Freiburg, who had two more men after the 34th minute.

Promoted Rot-Weiss Essen, on the other hand, is still waiting for their first win. The traditional club lost 1: 4 (0: 2) to Viktoria Köln in front of 15,000 spectators and remains in a relegation zone after the second bitter home defeat with only one point. It was the second win of the season for Cologne.

Meanwhile, SV Elversberg continues to cause a sensation. The Saarlanders, who had already knocked out Bundesliga club Bayer Leverkusen in the DFB Cup, won 3-2 (1-0) at co-promoted VfB Oldenburg. MSV Duisburg celebrated their first success of the new season. The Zebras won 1-0 (1-0) at FSV Zwickau thanks to a goal by Chinedu Ekene (36th).