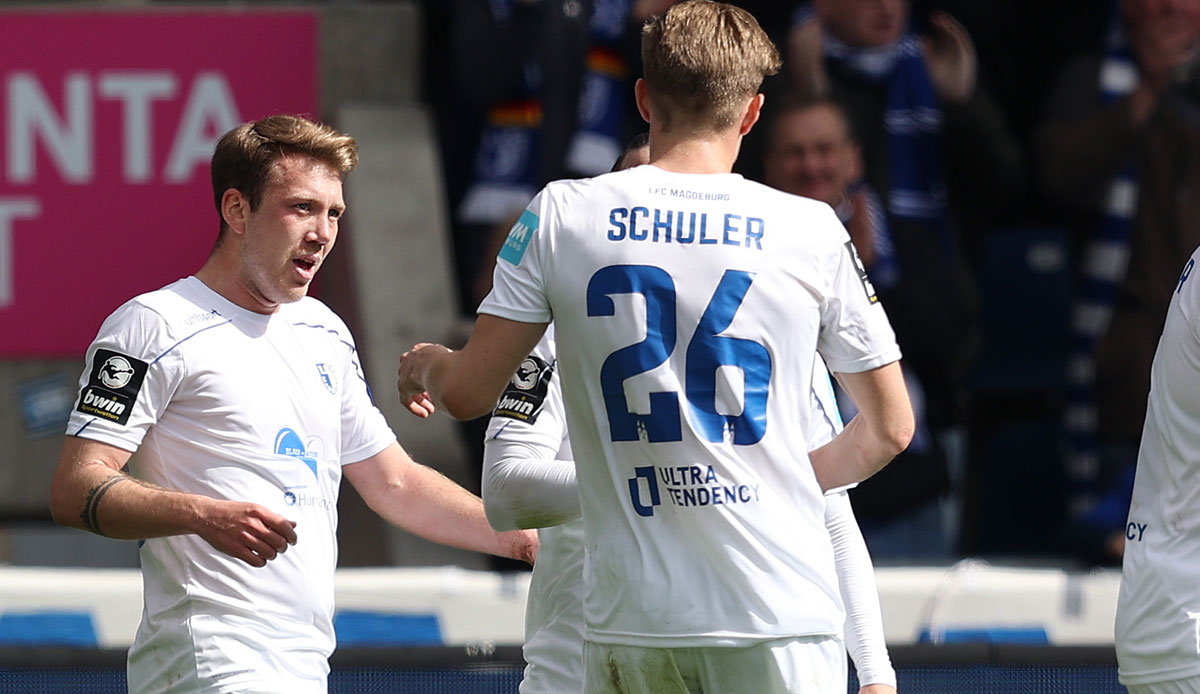 Table leaders 1. FC Magdeburg has ended its small dry spell in the 3rd division and is heading unabated towards promotion to the second division. On the 33rd day of the game, the team from Saxony-Anhalt won 4-2 (3-1) against Viktoria Köln and still lead the standings with 66 points.

Chaser 1. FC Kaiserslautern is six points behind and has played one more game than FCM. On Friday evening, the Palatinate had won 2-1 (1-0) at the Würzburger Kickers, who were threatened with relegation. Magdeburg had recently remained without a win three times in a row.

Jan-Luca Schuler (5th) and Jason Ceka (13th) scored a 2-0 lead over Cologne after less than 15 minutes. Connor Krempicki (35th) increased before the break, Patrick Sontheimer (41st) made it 1:3. Scorer Baris Atik (71st), who scored for the 18th time this season, made it 4:1. Jeremias Lorch (90th) marked the goal for the final score.

Third is Eintracht Braunschweig (58), who won 1-0 (1-0) at SV Wehen Wiesbaden. Jannis Nikolaou (18th) scored for Lower Saxony. The chasing duel between 1. FC Saarbrücken and Waldhof Mannheim began with a significant delay due to heavy snowfall. The teams parted goalless.